You just got Diagnosed with One of Few Major Voice Disorders… Now What?

The first question you have to ask yourself is:

How did I end up with such a nasty diagnosis? 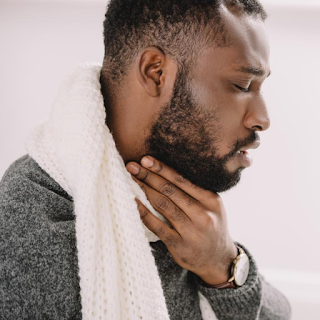 You may ask yourself: What have I been doing wrong with respect to my speaking or my singing voice for that matter?

Analyzing the above while looking for the answer, you may remember that you have had a bad cold or virus…

At that time, your voice got quite compromised and it became raspy and hoarse. You, meanwhile, were trying to clear your throat quite hard and pushed and pulled your voice (also quite hard) to make it clearer and louder…

By doing all of those things, you no doubt, have been straining your vocal cords, and therefore you have been experiencing the consequences of such actions. In the end, you ended up with pain in your throat, with an even more raspy and hoarse voice and, in some cases, even perhaps with breathing difficulties.

By the way, the latter may bring you to the next undesirable diagnosis - you may acquire asthma-like symptoms…

Given all the above, you perhaps used your voice/vocal technique incorrectly, to begin with.

Moreover, when you got that bad cold and/or laryngitis (as a result of the latter), yet again trying to bring your speaking and/or singing voice up to par, you had pushed and pulled your voice above its limits - and it resulted in strained vocal cords - to the point of them not coming back together in synchronicity; and thus, not properly closing…

That (what’s in the medical terminology) is called Sulcus Vocalis.

The doctors have been offering their patients to surgically instil some kind of an artificial device on the vocal cord(s). Some of the patients were offered such procedures as injecting their own fat tissue (to be extracted from other parts of their body) and instill it on one of the compromised vocal cords - assuring the patient that it would help to treat and, even possibly cure, such disorders as Sulcus Vocalis.

As our extensive experience shows - none of the above was ever even remotely effective.

To give you an example:

In the past, one of our US clients who agreed for both procedures - the fat which had been extracted from his stomach and placed on one of his vocal cords, and then (when the fat dissolved within two months) he was offered the artificial device to be placed on the same vocal cord.

Chris was an aspiring musician and singer who just got a record deal - (That was his life-long dream). During his recording (from his own words), “My voice just ‘popped’ ”. The young and very talented singer had his career in jeopardy. Therefore, he was ready to undergo any medical procedure to restore his voice and continue his musical journey. Both his speaking and singing voice were quite compromised. The device which was instilled on his vocal cord had gotten it completely paralyzed…

How sad is that? Within only 10 hours, when he came to us, I was almost able to fully restore his speaking voice.

Very unfortunate indeed! I am pretty sure though that if he came to me before undergoing those useless medical procedures, he would have had more chances to have his singing voice restored as well. Needless to say, his vocal condition back then was, unfortunately, at the point of no return.

So, given the above, our recommendation to you, my reader, would be to try everything possible non-surgically before you give in to any medical/surgical interventions.

Vocal Science™: Restoration and enhancement of speaking and singing voice, employing our very own unique method and technique since 1984.

Success is in details! 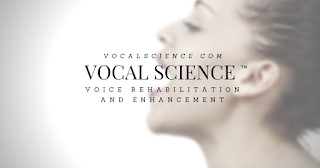