Showing posts from May, 2022
Show all

"Stars On Ice" - Figure Skating Performances... How Can It Be Compared With Vocal Performances? 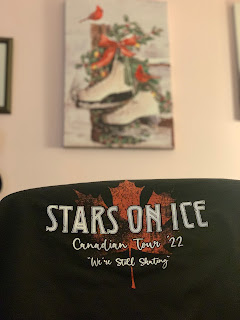 Yesterday, in celebration of Mother's Day, my assistant Vlad and I, finally went to see "Stars On Ice".  Before the Pandemic, I was attending those shows every single year without ever missing one!  Then the Pandemic hit and for two years those shows, like everything else, were unfortunately cancelled.  I have to say, that the organization of the show was better than ever - the technical elements like the lighting on the ice and lighting overall, were amazing, to say the least!  However, the skaters themselves were performing in a little less capacity and less quality than before, especially in the first part of the show.  The group performance synchronicity, in a lot of moments throughout their skating together, was sometimes just lost.    Some of them were doing, to say the least, very strange performances, and also, quite shorter than usual.  There were a few of them, though, which reached the bar, so to speak.  Number One, from our perspective, was a petite Japanese
Post a Comment
Read more
More posts