Showing posts from October, 2014
Show all

October 22, 2014
REALIZE ·          REVIEW ·          RELIEF ·          RE-BUILD More and more people seem to be suffering from one or another cause of vocal damage. There are different symptoms and, of course, different causes. So the very first stage for the person with some kind of voice issue is to "Realize" that it is actually present. Something definitely changed in their voice quality, speaking and/or singing.  In the majority of cases the voice became raspy and hoarse, flat and dull. However, some people are totally in denial of it. Nevertheless, they feel a change in their voice quality anddelivery , but they would not admit it even to themselves. Then comes the time when the sufferers start self-analysis and begin to "Review" and analyze when and how the voice started subsiding and disappearing on them.  Next stage, they are looking for the "Relief" of their voice condition, as sometimes they have pain and discomfort in their throat, pain in
Post a Comment
Read more

Vocal Rehab for Seniors as well as for Everybody Else for that Matter? Let's Find Out What I Mean By That... 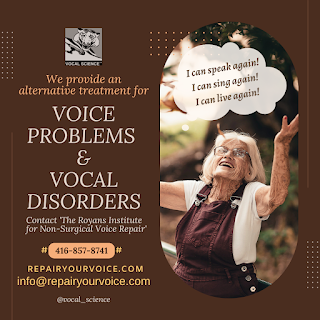 When I work with people (Seniors) over 65 years old on their voice problems , I very often have to literally revive them back to life before starting to work on their voice. When these people finally ended up under my care, they, most of the time, looked, felt and acted quite vulnerable, so to speak. Prior to getting under my care, they had a lot of health issues, not to mention, dealing with other aspects of life like; Their relationships, finances, marriages, children and etc. Besides the above described, some of those (now Golden Aged) people, had undergone various surgeries, including vocal operations. However, instead of expecting to get better, they, instead, acquired some usual, and not to mention, strange side effects...  Several years ago I attended to one of my clients who told me that due to her very disturbed upper and lower respiratory organs, she began to lose her voice. She also said that the tone of her voice now is much deeper than it used to be. Nevertheless, to
Post a Comment
Read more 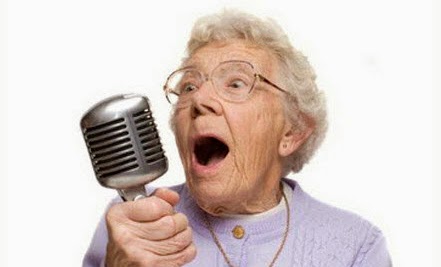 Lately, I have a lot of inquiries from seniors asking about singing lessons and how to improve their speech . Some of them were motivated because they have been experiencing some voice problems speaking.   The others, by trying to learn how to sing properly, have been trying to realize their younger years' dream.  A couple of years ago, I had a 72 years old student – a very successful business man, who’s dream has always been to become a singer and actor. However, living in poverty and watching his parents suffer with low paid jobs, he gave himself a promise that he will become very well off in the business world. And so he did. But the desire of his heart and soul did not get realised until he met me in his early 70s, and after participating in several of my Vocal Interactive Workshops, following by the private singing lessons with me, he landed a role of Santa Clause in one of the community theatres. Way to go Man, I exclaimed!     Now, at present, I am working w
2 comments
Read more

“Voice is a muscle and it has to be trained”, Said one of the judges of the television show, ‘The Voice’.

October 03, 2014
It is, indeed! However, like any of the human body muscles , the voice muscle has to be approached with a ‘working smart and not necessarily hard’, attitude and knowledge. If some body builder is trying to lift the weight which is above his capacity and way beyond his capability, or expertise on how to do it in such a way, so he would not end up hurt, he actually might get injured in no time and his body building career may end in a split second. Likewise, if a singer (or wannabe singer), will start working really hard on his vocal pieces and not realizing that he is excessively using , (and abusing for that matter), his vocal anatomy, he may end up with a vocal injury which pretty much could jeopardize his singing career. The majority of vocal damage could be approached and treated non-surgically ; some may require a vocal surgery.  The latter is definitely not desirable, as any surgery of any kind may do more harm than good. In my previous blogs, I described
Post a Comment
Read more
More posts