Showing posts from January, 2020
Show all

- My close observations and beliefs. - For at least a decade, about 90 percent of people have been coming through our doors to conquer not only a voice repair but, as experience shows, first and foremost, to acquire a new and improved lifestyle… Our Toronto prominent newspaper, The Toronto Star , once said - “ It is not for the faint of heart ”.  And I would add that it is also not for people who will be expecting change without change, so to speak. If those who are seeking help are not willing to open up and tell us their true story, then it would be very difficult to offer them the lifestyle modification -   and thus the successful results of their voice problems and issues. I’ve said it numerous times that the human voice is an expression of the state of one’s being and the identification of who that person really is…  The voice on its own is a “ tool” for communication and, needless to say, that if that very “tool” is broken, the communication also s
Post a Comment
Read more 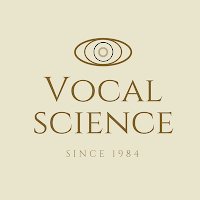 Natural and Alternative Treatments and Rehabilitation for most Voice Problems, Vocal Issues and Voice Disorders. Over 36 years, the estimated amount of speech/singing students and voice repair clients who passed through our doors is now over 25,000 and counting... Lately, though, our business, which once was mostly known for its professional voice/vocal coaching, became 90 percent about Non-Surgical Voice Repair . Why is that; you, my reader, may ask? Because people nowadays became extremely stressed, thus totally out of balance; and moreover, effected by losing their employment, their trade, their purpose in life and, given all of the above, their relationships and marriages, to put it mildly. Due to all of these, those people (in general) acquire a dysfunctional thyroid - which, in holistic teaching, represents suppressed emotions….  Also,   some of them, due to anger they’ve adopted because of the unforeseen situations, developed a problem with their liver - wh
Post a Comment
Read more

"I Survived About 10 Different Xmas Singing Events With The Chorus WITH NO IMPACT ON MY VOICE!"

This is an informative & educational story about Mary Ellen Stoll : Former Speech and Singing Voice Repair Client from Brockville, Ontario –  Now an active member of the Brockville Barbershop Chorus (Thousand Islanders Chorus) . "Hi Diana, I just wanted to let you know I survived about 10 different Xmas singing events with the chorus WITH NO IMPACT ON MY VOICE; and for some of those events, we were singing outside in all types of weather - (Christmas parades and Xmas tree lighting etc.)"   Mary Ellen came to us in the year 2017 soon after she retired from being a manager within the Government of Ontario. Interestingly enough, her husband had also retired from service in the Government of Ontario on the same day and in the same year. Even more interestingly, both of them were born on the same day… and the same year…!! A few days ago, they both turned 66 years old. Congratulations to both of you, Mary Ellen and Steve! Below is Mary Ellen’s story: Over 40 years
Post a Comment
Read more
More posts