Showing posts from June, 2013
Show all

Repair Your Voice and Protect it for a Lifetime.

June 19, 2013
More and more, I am getting inquiries from people who have problems with their voice . Some of them ruined it due to wrong application of their voice while incorrectly speaking and/or singing. Some of them acquired some kind of a virus-like strep throat infection or random various respiratory inflammations. Others had weird accidents, like bicycle, car or construction; the results of which actually, physically, damaged their vocal anatomy. Some people have had even unrelated surgeries where the breathing tubes were installed incorrectly and thus, their throats were, literally, ruined. However, independently of the cause, all of them have had some similar symptoms like 'raspiness', hoarseness, difficult and slow speech, and in some cases, slight or heavy stuttering/involuntary spasms. So, independently of the cause, all of them have been in need of a voice repair , and needless to say, all of them were hoping for a non-surgical solution.  Is it possible, you ma
Post a Comment
Read more

Vocal Folds Growth… How dangerous is it, and what could happen if left untreated? 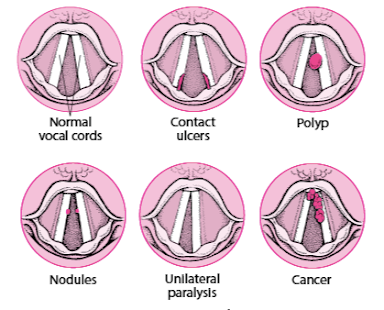 Lately, I have been having more inquiries about almost all types of growth on the vocal folds (vocal cords). The most “popular” inquiries are about nodules on the vocal cords and, nonetheless, also polyps on the vocal folds. Over the years, I, non-surgically, have treated all kinds of unpleasant vocal disorders, and I have to say that the polyps are the most stubborn of all. Moreover, they have tendencies to multiply even after they have been removed surgically. A good example of that would be the case of a singer named John Mayor.   Polyps have some kind of a viral nature, opposed to nodes and nodules.   I believe that due to that, they could multiply and multiply fast. I also know the cases where those nasty polyps turned cancerous. Not too long ago, I got a phone call from an apparently quite known solo Artist’s husband.   According to him, his wife, a solo guitar player and singer, was diagnosed with a polyp on the vocal cord 6 years ago. She was offered surgical removal of
Post a Comment
Read more

Vocally Speaking It May Not Be a Job, But It’s Definitely Hard (Smart) Work.

June 03, 2013
Evidently, and independently of age, social background or education, the majority of people like to sing, some of them recreationally, but a lot of them have dreams of one day becoming a professional singer/performer. Some people think; how hard could that be?? Let’s just open the mouth and produce the loud sound from the bottom of the throat and from the top of the lungs? However, it would be easy if it wasn’t so hard. These unaware and naive people also think that the harder they push, the more they will accomplish. To their surprise, it works exactly the opposite, and sometimes those experiments produce vocal injuries, which are not always easy to reverse. For some reason the structure and the training is not recognized in the field of the voice work. If the inexperienced figure skater decides to jump triple axel without proper training, he will definitely injure himself, and will be out of commission for some time.  Needless to say, it applies to gymnastics, bal
Post a Comment
Read more
More posts