This blog is my point of view on my non-surgical voice repair clients, who lately, I have no lack of...

Yes, more and more people are approaching me with various voice disorders (speakers and singers). Some of them have tried everything, but nothing worked and they ended up suffering for years.


That category (desribed above) is extremely difficult to attend to.

First of all, because they had lost the belief that they will ever get better and regain their voice. Some of them have undergone two or three vocal operations; unfortunately, majority of them did not get any better but, on the contrary, they actally ended up getting worse. Needless to say that almost all of them have been traumatized and some of them were quite depressed.

Obviously, when you have health challenges in general and the symptoms are not going away for some time, you become disillusioned and almost clinically depressed, if not, in some cases, even suicidal. Some of these troublesome people also have spent a lot of money in hopes for a full recovery. Some of them had even mortgaged their houses and left their countries in search of a cure.

It is extremely sad, but it is a fact.

The worst part is that they had almost lost hope and when they have approached me, they right away started to explain how much money and effort they had spent. It seemed like they almost were trying to hold me responsible for their previous unsuccessful and costly attempts and endeavours. But this is human nature and I do understand where they are coming from. So, when they finally began to trust me and gave me their commitment, my first task became playing the role of a psychiatrist, psychologist and inspirational coach.

Needless to say, unless the client is emotionally balanced and trusting, I will not be able to deliver my work to them.

Some of them have been coming completely emotionally "locked in", which, obviously, does not help their voice condition. In this instance, I need to use all of my four decades of expertise and experience, to unlock their hearts, souls and lastly, their voices. Some of them burst into tears, which, believe it or not, I do invite. Usually, right after that episode, they are becoming much softer, much more submissive, much more trusting and open to the new hope of their voice/vocal recovery. They drop their boundaries, they remove their "duct tape" from the "slot of their human computer" and they finally "plug their computer in".

Now I can finally begin to work and thus, deliver my Vocal Science "magic".

Through all of this, it looks like I acquired a new title - An Inspirational Coach - without which, I evidently can not attempt to live up to my real title - Non-Surgical Voice Repair Specialist. 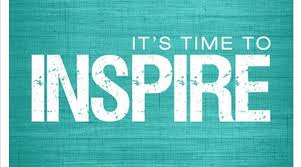 Diana Yampolsky is the Master Vocal Coach, Studio Vocal Producer, and Non-Surgical Voice Repair Specialist at The Royans Professional Vocal School  and The Royans Institute for Non-Surgical Voice Repair, in Toronto, Canada and worldwide. She is the sole creator of the Vocal Science (TM) method - Trademarked with the Government of Canada.
If you would like to stay up to date with Vocal Science news, Subscribe to our Vocal Science Newsletter (Located HERE). You can also follow us on , Facebook,Twitter and LinkedIn.
If you find yourself struggling with voice/vocal performance or are in need of non-surgical voice repair, you can reach Diana Yampolsky personally via email (info@vocalscience.com) or phone, (416-857-8741)
health challenges singing lessons speaking lessons voice condition Voice Recovery Voice Repair