“Speakaholics Anonymous”… What Do We Mean By That? 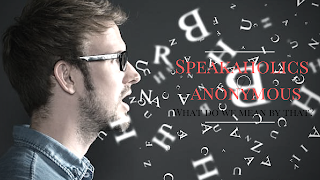 For many years, we have been attending to various people with speech problems, who were possessing some voice disorders like:
My answer to a question of "What do we mean by 'Speakaholics'?" would be to go ahead and beat all the bad vocal habits; and once it’s done, keep practicing (ongoing) the new adapted skills (instructed), the new adapted application of the speaking/singing voice, the new acquired diet/nutrition, newly acquired proper posture, and physical fitness in general.

All of the above listed voice issues would cause the sufferer (to say the least) a hoarse and raspy voice, unclear enunciation and pronunciation and could even cause partial or total voice loss…

Given all of the above described, these (listed above) and other voice problems sufferers come to us for non-surgical voice repair coupled with natural herbal and some homeopathic treatments.

Nevertheless, it is a vigorous, very intense and detailed process with, unfortunately, some setbacks…

I have my own definition for the latter. I call it a “Vocal Swamp”. 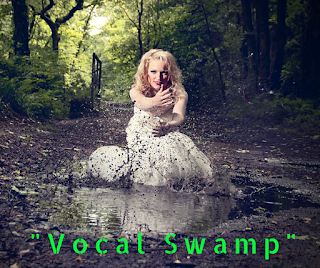 The person who would get “sucked into the swamp” may think that with their very hard effort and strong attempt, they will come out of it...?
However, that “swamp” may play a trick on them and suck them right back in again and again… not to mention very quickly.

Similarly, when the sufferer thinks that they had finally beaten their very nasty voice problem(s), they actually may begin to experience (sometimes numerous) setbacks.

It can, understandably, be a very disappointing and frustrating endeavour. But what choice do they have? Should they give up now after all of their effort and investment of their time, energy and yes, money as well, or should they persevere and continue to go ahead and only ahead...?

Of course, like nature suggests (in the animal kingdom); the strong will survive and become stronger, while the weak will die off. So, needless to say, my clients and I would, regardless, continue our journey and, nevertheless, will succeed in our mutual voice repair process. And then, just before the end, there can be the next setback awaiting…

At that time, some of my voice repair clients, while beginning to feel better (by gradually acquiring their normal voice back), start to deviate from their suggested-to-them diet and natural supplements. But, more importantly…, THEY CAN NOT STOP TALKING!

Many times, I give examples to my clients of those athletes who got injured and ended up in rehab. However, when they are discharged from the rehab, they usually don’t begin to run marathons right away…

They continue doing, as suggested by the doctors special exercises; learning first how to walk slowly (often with the walker or crutches), then without, and then they (very gradually) introduce their regular routines back into their lives.  My clients, however, immediately acquire what I call “Verbal Diarrhea”. I often joke that even a “Russian Tank” would not be able to stop them from talking excessively and literally non-stop. LOL.

However, in reality. the above statement is not really funny.

What happens next is that they lose a very valuable message which was “instilled” in them during numerous hours of instruction; but because it was not really “confirmed” just yet, it disappeared rather quickly; and now they will have to go through the whole restoration of the message itself and, of course, their voice…

Sometimes the latter could be quite a gruelling process.

I could compare it with an alcoholic who attended AA for months, kept sober for a bit and then (just for the holidays) had a “little drink”…

Examples of similar addictions would be something along the lines of - Weight gain/loss, bodybuilding, gambling, smoking, drinking and, of course, many other addictions of the same kind.

With that said, when the voice problem sufferer “strays away” (even just a little) from their healthy routines, no doubt, they will be back in no time again exercising over and over their bad habits… unfortunately.

Is it hard to stay on track - you, my reader, may ask? Very hard indeed! But what choice do we have...?

Remember that the holidays will be upcoming soon, and that means that it is the hardest time with respect to "staying on track" on every level.


So with this in mind, please remember to love yourself and thus not to sabotage your newly-adopted way of speaking and living in general to your fullest potential! 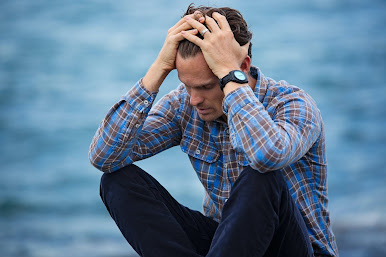 How so; you, my reader, may ask? Our answer is; what else is new…? This story is about our former non-surgical voice repair client, Issac H – a Jewish community leader from Brooklyn, New York.  Once medical doctors had diagnosed Issac with such a disorder as Sulcus Vocalis ( a gap between the vocal cords), they strongly suggested to Issac to undergo a vocal operation.  On that note, Issac visited numerous speech therapists and speech pathologists…  Needless to say, he did not receive any meaningful help. Being only 36 years old at the time, he nearly lost his hope to be able to speak – using his normal voice again.  When he contacted us, he became very emotional and claimed that he was looking for somebody like us for quite a few years now.  He mentioned that he is a very significant person in the Jewish community and jokingly said:  “You know, Diana, we Jewish people are a very loud nation…”   Listening to his story, we, with absolute certainty, said that our claim to fame (so to spe
Read more 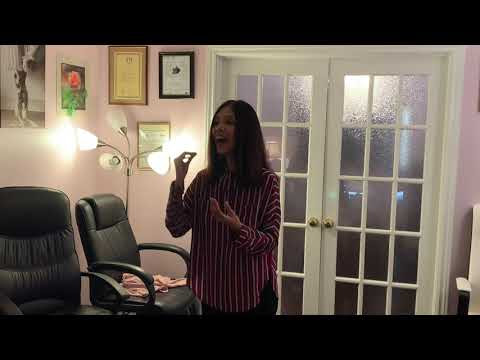