Clearer Speech? More Sound Singing…? It’s Got to be the Vocal Science Method! 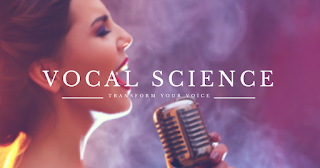 In the previous years, I had worked a lot not only with professional singers but, also, with some amateur singers who, at the time, were labelled as wannabe singers. In fact, a lot of them were recognized by various talent scouts and agents, especially when they were appearing in karaoke nights or open mic events in a variety of bars and clubs.

Once upon a time, one of my beginner students was brought up by her husband to a big karaoke club to show him what she had achieved with only 5 hours of instruction (by that time) with me. She told me that she was very nervous and, understandably, felt very insecure…

However, she also told me that she remembered (what we still call to this day) to “smile and bite”, and, nevertheless, she also remembered to enunciate and pronounce her words with absolute clarity.
Before she finished her song (to my memory, it was a song called “Time After Time” – by Cindy Lauper), she was helped down from the stage by a person who came up to her and praised her on her vocal performance.

He continued talking to her, bringing her to his table and, first and foremost, he told her that he totally knew where, and with whom, she had been taking her singing lessons.

“I believe it is that Russian lady you are going to who is located on Sheppard and Yonge? (within Toronto, Ontario Canada)”

With the above statement, my student was absolutely shocked!

“How could he know that?” she thought.

He said “I am a talent scout, and I am seeing Diana’s students everywhere… They are all smiling and using their cheekbone muscles; and also they are always in tune, standing on stage like ballerinas (with perfect posture), and mainly, you could understand every word they are singing.”

My student was so surprised that she had completely forgotten that her husband was actually sitting on the other side of the room, waiting for her to join him. The talent scout, however, had no idea that she even came with the husband, as he only spotted her on stage.

Approximately two hours later, my student realized that her husband did not know what was going on and probably was upset, thinking that she just got picked up by another man… Realizing that, she quickly returned to their original table, but her husband was nowhere to be found…
To make the long story short, her husband simply left the club and then throughout the night, had been refusing to come back and to pick his wife up.

We are talking about the year 1991 (Century 20). We are also talking about an Italian families whereas, in that era, the Italian wives were fully dependent on their spouses and also, primarily did not even drive, or moreover, did not even know (geographically speaking for that matter) what was happening outside of their household.
That whole karaoke experience nearly brought my student to a divorce... Go figure!

However, to finish on a positive note, after completing a course with me, she had approached the talent scout “in question” (with the actual blessing of her husband. LOL) and then actually ended up being enrolled in his agency’s roaster…

With the above said, evidently, The Vocal Science Method and its very unique vocal technique speak for themselves! Nevertheless, there is a wholesome voice mechanism which actually takes place.  Once the components of that mechanism are in place, the wannabe singer first moves up to a semi-professional singer; and then finally, after perfecting and polishing their craft, moves on to a professional category.

To conclude… when singers trained by me are performing live on stage or even just heard on the radio, my “Vocal Science™ Method signature” IS ALWAYS PRESENT!! 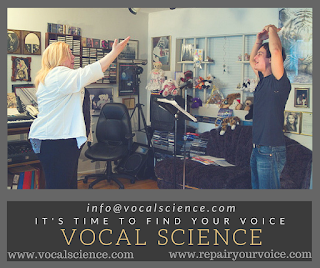