Voice Repair - If Your Voice is "Broken", Obtain the "Tools" to Fix It. 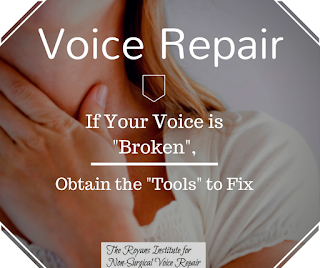 Hardly finish your tour?
Does your throat hurt after performances?
Voice sounding hoarse?

If your answer is yes, the above are the symptoms of an overused and abused vocal anatomy.


The worst part is if you continue doing it without changing your manner of speaking and singing, it will lead to the need for a serious voice repair and not necessarily a non-surgical one.

By that time, if you attempt to attain the non-surgical voice repair, it might be too late. Then you are facing a laser or a scalpel operation, which could result in scar tissue, which by itself could be more detrimental than the original damage...

This could be your worst nightmare.

The reason I am writing this blog is to prevent you from that possibility.

The prevention is definitely far better than dealing with serious vocal damage.

What does prevention entail, you may ask?

Learning the proper skills for speaking and singing before you embark on any performance or that nasty tour which might leave you voiceless.

I often get phone calls and emails from people who seem to have it all - the songs, the band, the management and even the record deal; and, by now, they no longer have a voice to sing with on their own record.

They are crying and pleading for help and flying to me from all over the world, thus, by that time paying double the money for the trip, hotel and, yes, of course, paying for the non-surgical voice repair course and treatment themselves. That is, provided, of course, that their voice is still saveable and curable without surgery. The latter, I determine by speaking to them over the phone before our mutual commitment to embark on such an endeavour.

"It is not as easy as it sounds," said the Toronto Star in their article about the Vocal ScienceTM method. And it is true; but, at the same time, in most cases, it is quite achievable and obviously doable.

Through speech development and then special voice/vocal exercises, the singer and/or speaker learns how to release the pressure off of his or her voice and off of the vocal box. Concurrently the person's voice will get restructured into the set of their facial muscles.  Those facial muscles, in that occurrence, will play the role of a natural amplifier or (as we call it) resonator.

But that’s not all – those facial muscles must begin to work in full conjunction and coordination with the abdominal muscles, thus, minimizing and practically eliminating the use of the throat, larynx and vocal chords.

Meanwhile, simultaneously, the vocal box has to be nurtured in order to be able to heal.

Over the years I have been using very powerful natural herbs, as well as naturopathic remedies.

Once the mission is accomplished, the difficulties with the voice will never occur again and that is guaranteed, provided that the speaker and/or singer will retain the intellectual understanding and kinesthetic feeling of what was instilled during our unique and smart (and rather not hard) voice/vocal sessions.


Thank you for your time and reading the above information!

We hope that the above information may be helpful for your present and future voice/vocal development. 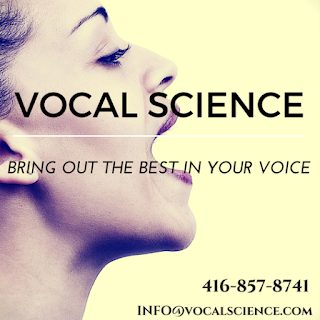