Has Your Voice Been Compromised Due To The Above? 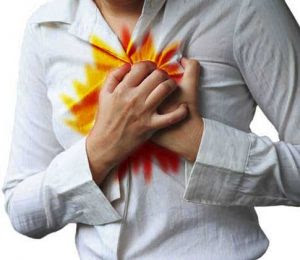 You had a stroke… and luckily, you survived!
In a lot of cases, after the stroke occurs, either the right side or the left side of the body ends up to be paralyzed.  Also, in a lot of cases, the speech centre is also greatly effected, and thus the survived-patient’s speech is very much so compromised. In some cases, it is still recoverable, but in others, unfortunately, the speech remains to be permanently impaired.
For those cases where I could use an alternative approach to voice mechanics, the recovery is still going to be a slow and tedious process, which will require a lot of patience from the person in question and myself.
Usually, a stroke survivor has a very slow and quite slurred speech, not to mention usually pretty faint. Obviously, there is not much enunciation, pronunciation or articulation is precent in those cases.
So in order to enhance the above, a lot of special speech exercises have to be administered. They consist of a lot of visualization, following the special diagrams, the understanding of which is enhanced by implementation of a laser light. It also requires a lot of repetition; the nature of which is very much so consistent with what’s called and known as Pavlovian conditioning.
By employing all of those repetitive exercises, the facial muscles’ cavities become sufficiently strengthened in preparation for harbouring the sound of the human voice within them. Then the muscles of the already weakened body (due to stroke) have to also be strengthened.
The lower abdomen muscles have to be strong enough to accommodate the lift of the voice to its optimal height to reach the facial muscles and get placed within them. For that reason, the body of the sound has to be fully rotated within a 360 degree radius in order to accommodate a proper “voice lift” in a manner of speaking.
The upper diaphragm muscles will begin to work acquiring the principal of “playing the accordion", so to speak.
With that in mind, the upper diaphragm muscles will be responsible for the width and the body of the sound and will be working ‘out and in within the motion’, producing the air along with the mouth breath; which will naturally result in the propulsion of the sound of the voice, delivering it to its aimed destination.
So the wholesome mechanism will begin to work, employing all the components within it… and thus assuring the best possible voice quality and its volume, projected outward to its aimed destination via use of the designed schematics.
All of that will assure no pain or strain on the vocal anatomy, safety of the voice for life, and mainly a much more normal and fulfilled life of a stroke survivor.
fix your voice Health hoarse voice lost voice paralyzed vocal cord pre-stroke raspy voice speech therapy stroke survivor Vocal Science Voice Repair voice training