Vocally Speaking - If You Are Single and Sexually Active... Please be Careful and Try, at the very least, Not to Ruin Your Voice...?

I am sure, you, my reader, find the above title quite intriguing. The question which might pop into your mind would probably be – “what is being sexually active could possibly do with ruining my voice...?”

Unfortunately, it has some validity to it.

For instance, almost every one of us would have heard of the nasty sexually transmitted disease, such as HPV (human papillomavirus).

The general awareness about it is that, if the virus was received from the infected partner, it would be manifested, primarily, in the sexual organs. However, the above-described virus could settle in on the vocal cords and drastically infect the vocal anatomy and thus, dramatically affect the quality of the human voice.

The voice becomes raspy and hoarse and easily could be mistaken for the cold, flu, strep throat, or simply acid reflux. Months and even years could pass until all the specific tests will be thoroughly executed by a professional ENT doctor/surgeon. 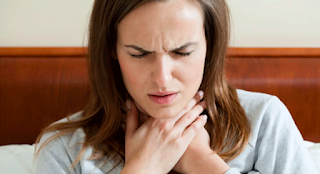 Once diagnosed, surgery is usually recommended. You may be curious if there is, perhaps, a non-surgical way of dealing with this virus. There might be, but it will take a big effort, a lot of time and quite a bit of money to deal with it unconventionally, i.e., holistically and alternatively. There are ways to draw the virus out of the infected body but, in my opinion, as much as I am against the surgical procedures, in a case like that, the best course of action would be to surgically remove the papilloma, and through the biopsy, which will be taken during the procedure, to find out if the nature of it is benign or malignant.

In the best-case scenario, it is benign and no other organs have been affected.

In this case, I would provide post-operative voice care to restore the voice to its natural condition, as it used to be before the infection. At that time, embracing and taking natural herbs and homeopathic remedies will be in order to heal the infected and disturbed throat flora.

All the natural remedies will work much more effectively if the vocal box will be, so to speak, on its vocal “rest”. The voice, meanwhile, will be released from its own “vocal prison” and will be much more freely floating through the facial muscles with the support of the abdominal muscles. As a “side effect”, (and as a result), the person will speak and communicate much better than before with a newly rejuvenated and restored voice.

Also, that person will finally learn to practice safe sex to avoid this kind of occurrence in the future.