“Diana, I am amazed: the doctors - the ‘experts’ - just kept saying that 'Nothing can be done...! Be happy that you are alive.' But they, fortunately, were wrong. You have proved them wrong with your unique vocal approach” - Tim Bristol - Throat cancer survivor

Tim Bristol; A professional musician and singer for the last 50 years was, unfortunately, diagnosed with throat (tonsil) cancer. For all those decades, prior to attending my non-surgical voice repair course, the majority of Tim performances were in smokey clubs.
He told me that for the last 4 decades, while performing, he had seen nothing, but the "blue light"...
No wonder Tim had to experience a consequence of the above.
As musicians always say; "No gig lasts forever..."

Tim was given a choice to undergo a quite extensive chemo and radiation therapies, or otherwise, he was told, his life will be compromised and in danger. He chose the former, but then he was experiencing the side effects of undergoing such drastic measures.

He lost his salivary glands, his throat was always dry and his voice was drawn in a very low throat position and thus, sounded very raspy and hoarse when he first came for his non-surgical voice repair sessions. Also, he lost nerve endings on the tips of his fingers, which was very crucial for his career as a musician/guitar player.

Meanwhile, the doctors were congratulating him on being alive and conquering his cancer. They did not want to hear any of his complaints with regard to the above. His mind, however, was very strong and his will to recover his professional craft was unshakable. Via my special speech and singing exercises coupled with natural (specially selected) herbs and some homeopathic remedies, I was able to recover Tim’s voice in a super-fast manner.

He arrived on his first session with me on a Wednesday and, already, by Friday, of the same week, he was singing in our local Karaoke place to everybody’s amusement.
The management people of the restaurant where the Karaoke was held were asking me why I was hiding such a good singer from them and never had introduced Tim to them before.

I tried to explain that he came from the US only for a few days for non-surgical voice repair sessions and treatments with me, but they would not listen to anything of the kind, as for them, it was quite unbelievable that he could hardly speak, let along sing, just a couple of days ago.

One more miracle, amongst many, had been produced!

With that said, if you have a strong mind and complete determination to recover your voice, or conquer any other physical problem for that matter, your body will eventually listen to you, providing that the correlation between mind, body, voice and, of course, the soul will become very sound and in sync between each other.

Ideally, you have to be given some positive affirmations by your mentor/healer as well as the proper directions/instructions on how to access your inner resources and make your body heal thyself.

One more victory!
One more champion!

Way to go Tim!
You are an inspiration to others! 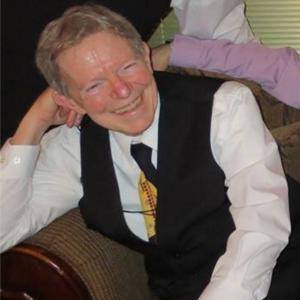