Vocally, Academically, Intellectually and Artistically Speaking… Is there a balance needed between all of those listed components?

November 01, 2013
In over 38 years of music/vocal business, I’ve met all kinds of people; some more talented and some not so talented. Some of them had good learning abilities; some were much slower accepting and retaining the needed technical skills, academically speaking.

Interestingly enough, those with poorer learning, for some reason, had a better and more pronounced vocal talent. Those who were more academically sound appeared to be much tighter and more restricted in their vocal and, overall, musical abilities.

History also shows that the majority of today’s well-known artists have hardly a high school education and, some of them, literally, have evident learning disabilities.
Needless to say that for nearly four decades, I have been working with professional musicians, with wannabe professional performers and just regular people, whereas some of them came from the corporate world such as accounting, law, medicine and etc.

My experience shows that these particular categories of people are very prompt, very disciplined and with excellent learning aptitude.

They got used to working hard in their professional skills, but that part of the brain is not the one which is responsible for the artistic creativity, and in the majority of those cases, they are unable to activate that different switch in their psyche to get in touch with their artistic desires. Those who are usually “artistically inclined”, so to speak, appear to be quite vocally and musically talented, but to teach them what requires an intellectual concept, is virtually impossible.

What do I prefer, you, my reader, may ask?
My answer would be, “I honestly do not know”.
I do like people with brains, education and class, but, unfortunately, they will most likely be lacking the desirable talent.
Peculiarly enough, sometimes, they are “saved by the bell”, so to speak…

Due to their trade, nevertheless, being intellectually savvy, they are able to somehow balance the high level of knowledge (which I thoroughly instill in them during our sessions), while, at the same time, adopting (to whichever degree possible) the artistic talent along the way.
Believe it or not, it actually happens in some cases, even with the almost complete absence of natural talent.
Nevertheless, the above-mentioned people are actually able to get away with it (lacking natural talent) and even, furthermore, prosper as high-selling recording artists.

The rest, so to speak, of a street level, usually have talent galore, but to teach them anything, which requires some academic skills (along with their natural talent), is virtually a nightmare in a lot of cases. 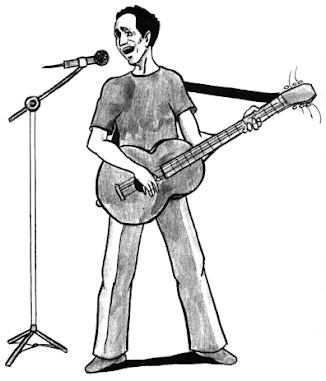 But again, some of them are still able to compensate for their lack of academic knowledge with, nevertheless, their beautiful, and sometimes, quite enormous artistic talent.

Ultimately, the conclusion of it is, that if the potential artist could balance their intellectual merit and skill with their artistic merit, then we would all be able to account for what I call a “Total Performance”... - EVERYONE’S IDEAL GOAL.