Once Vocally Impaired, Should They or Could They Continue Embarking Further on their Vocal Drive?

Nevertheless, I have been getting a lot of calls regarding the non-surgical voice repair program.

The people who are inquiring are usually very desperate and very emotional, which is quite understandable. They're pleading for help and, at the glance, appear that they would do anything that would be required from them; would drop everything and anything (including their vocal and voice performances) and would rush to Toronto to fix their voices in order to continue their performances, recordings and whichever other careers which are directly connected to their voices' health and their overall well being.

Some of them are diagnosed, some of them not yet, and some of them are hiding their diagnosis (to my dismay...) But what is more surprising is that a lot of them are till singing (more like faking) and thus being in denial, while at the same time, their singing (and voices in general) and quite compromised!

They are actually singing on their nodules and polyps while, no doubt, pretending that everything is actually fine! Unfortunately, through my practice (and even not too long ago) I've heard quite disturbing cases of people who have been in denial of their (nevertheless challenged) voice conditions.

I got a call from a distraught spouse, telling me the story about his wife, who is a singer/song writer and has been diagnosed 6 years ago with polyps on her vocal cords. She was told to stop singing and either to find a non-surgical solution to get rid of those polyps or embark on vocal surgery.

She obviously did not listen... and went on her marry way to stardom.

The voice was deteriorating exponentially and disappeared completely after the 6 years of abuse. Unfortunately, by then, since she has lost it completely, she already had no other choice as to embark on the surgical procedure. I have spoken to her husband and tried to speak to her (there was nothing but the hiss and whisper) five weeks after her surgery took place. She has not regained any voice, at least not yet, and was advised, after the polyps were sent to pathology, that the growth was malignant, clearly meaning that it had turned cancerous. In this instance, I would not be able to help, as it had progressed to the point of no return.

The polyps, in fact, have a viral nature and to get rid of them is much harder than from nodules or nodes, for that matter.

The perfect example would be John Mayer who, in the past, had a few surgeries because his original vocal cord polyps kept coming back... and,  unfortunately, even in multiple amounts. Due to this fact, he had to go on indefinite hiatus and nobody knew if he would be able to continue singing ever again. Something like this definitely would be very traumatizing and tragic for just anybody, especially for a professional singer.

So the moral of the above is..., learn how to speak and how to sing properly and take care of your, so to speak, instrument efficiently.

Don't treat it lightly if the vocal injury has already occurred. And don't fool yourself thinking that it will go away by itself or will miraculously get better. Try to solve your vocal problems non-surgically first. If it is too late for that, embark on that surgery, but definitely address the post-surgical care and change your voice application from the one existing before the injury.


After all, there is no change...without change. 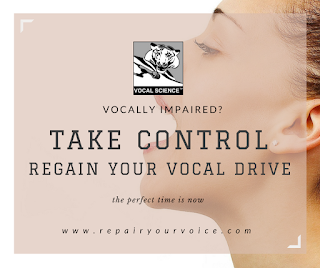 Diana Yampolsky is the Master Vocal Coach, Studio Vocal Producer, and Non-Surgical Voice Repair Specialist at The Royans Professional Vocal School in Toronto, Canada. She is also the creator of the Vocal Science (TM) method and Talent Scout and Director for the 4 A.M. Talent Development and Artist Management Group Inc.

If you find yourself struggling with vocal performance or are in need of voice repair, you can reach Diana by email or phone at 416-857-8741
Change without Change fix your voice Health Tips professional singer vocal cord damage Vocal Cord Nodules vocal cord polyp vocal Problem Voice Repair