Vocal Science: We Believe In LIFE After The Completion Of The Voice, Body and Soul Repair. 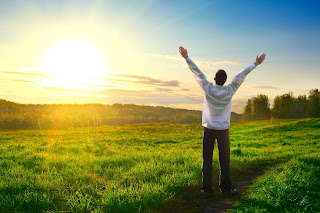 Once, I had a request from a serious voice problem sufferer who was residing in the UK. He was a throat cancer survivor; and with all of the chemotherapy and radiation therapy, he ended up having both vocal cords damaged. One of his vocal cords was paralyzed and the other one was simply non-functional. He approached me with all kinds of questions and when his question came around the price of my nonsurgical voice repair services and treatment sessions, he exclaimed: “Oh my God, it is too much!”

When I asked him what he would do with the same amount of money if he would not end up paying for my services? He said: “I would go on vacation…” Then I asked him if he would enjoy that vacation, being afraid to open his mouth and constantly be conscious on how he would be received and perceived by other people? On that note, I’ve heard the tears in his voice. He had obviously gotten my drift… so to speak. After this emotional moment, our deal had been finalized; and shortly after, I flew to London to attend to him and a couple of other people.

You, my reader, may ask: Did you fix his voice? My answer would be yes, but to a degree. Could I un-paralyze his vocal cord or make the other one functional? The answer is no. But, applying the Vocal Science ™ Method, I was able to create some base underneath of his very soprano-sounding voice; so he started to sound quite a bit more manly. His diction (enunciation and pronunciation) became much clearer and he started to sound, by far, more coherent. Needless to say, his confidence (after lots of tears and spent emotions) became more apparent; and thus his long-ago gone zest for life was actually coming back, and (at least to a degree) his life was reclaimed!

Had he become perfectly healthy and fully regained his voice? The answer is - not quite. But he gained a lot of knowledge, awareness and understanding with respect of what was happening to him in general and his vocal anatomy in particular. He now was able to bring the best of his voice upon his wish and command which, (we both agreed) by itself, is priceless. Having a clear map in his head with respect to how the physical sound travels, he was able to get hold of the best of his voice (pretty much) at any given moment. In other words, we both did the best we could!

Leaving back for Canada, I left this (previously) very emotionally, physically and vocally disturbed man with an intellectual understanding and kinesthetic feeling of how to power the sound of his voice to its best capacity; and, most importantly, how to save and protect to what he had been left with. As far as him and I were concerned, both of our missions had been accomplished!

I clearly was able to show him that there is LIFE that is worth living, especially after the completion of our voice, body and soul repair journey!