Non-Surgical Voice Repair: What Once Was Lost, Can Now Be Found With The Vocal Science™ Method! 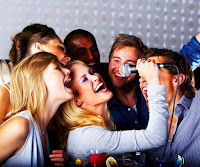 No matter what has happened to you and your voice, your healing journey starts here and now, with us!

We strive to provide exceptional voice-health care and overall human care at all times. As we always like to say: “Your better voice tomorrow, starts with us today!”

Regain your voice! As if you don’t take us up on our offers to fix your voice, just think what you could be missing!

We are world-class voice experts! It had been tested, tried and proven for many years!

The Vocal Science™ Method is a holistic approach to voice mechanics and to the human being as a whole. There could be numerous reasons why the person acquires a certain voice disorder and/or vocal issues.

Those factors above are just to name a few…

And, of course, there are also environmental causes which are contributing to voice problems.

To give you an example, a few years ago, I received a client from out of town who was diagnosed with what’s called Spasmodic Dysphonia. I, colloquially, call it “vocal epilepsy”, as in this very unfortunate precedence, the voice usually spasms uncontrollably (just like one’s body would be seizing due to a regular epilepsy condition).

This client (during my assessment with her) told me her story of how she acquired such a nasty voice disorder. Her husband and her, at the time, moved into a new house with a finished basement which had carpeted floors.

Only a few days later, they had a flood in that basement; and naturally, the carpets became very wet…

Those years, these types of carpets were treated with certain chemicals; and thus, when the flood occurred, those chemicals spread out throughout the house, and of course, effected the air my client and her husband were breathing. After that, both of them acquired a lot of health problems in general; but my client, who managed (in time) to concur the majority of her health problems, still was suffering with the very complicated disorder (such as spasmodic dysphonia is).

This client took only 10 hours of private sessions with me and 10 hours of semi-private instruction, which was provided in a group setting (the ‘Healthy Voice/Vocal Workshop Summit’).

Needless to say, her condition improved exponentially and she was even able to sing in church during Christmas Mass (according to her own words, it was a ‘Christmas Miracle’).

Regain your voice by “cleaning up” your act, I.e., improve your diet, do not pollute your body with fat, mucus-filled and acidic foods, stop your bad habits (smoking, drinking and drug use), stay away as much as you can from medical drugs as well, and try to employ natural herbs and remedies as well as natural and organic foods (which do not contain too much salt, flour or sugar, and also do not produce excess of mucus or acid).

And lastly, we would like to address the mechanical side of voice use which, if disrupted, could cause serious voice problems and sometimes could even lead to the point of no return.

The Vocal Science technique advocates the safe use of the voice and the use of the latter “upon design”.

With these specially designed speech and singing exercises, the voice will be lifted off of the vocal box and off of the vocal cords and restructured to the different set of muscles; thus the pressure of the sound effecting the vocal anatomy will be practically eliminated.

If the voice damage had already occurred, the natural herbs and remedies will be administered to heal the throat flora, to clean the vocal anatomy from the impurities and to strengthen the “vocal machinery” over all.

The knowledge of the above will produce the confidence in speech presentations and, nevertheless, vocal performances. It will also produce the health and vibrant in one’s being.

In conclusion…, the question is: What price tag could you put on the above? 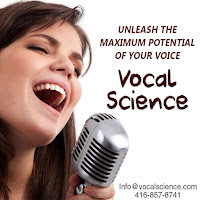