The Lack of Understanding and more so, the lack of Knowledge of the above described can, most likely, facilitate the need for Non-Surgical Voice Repair... 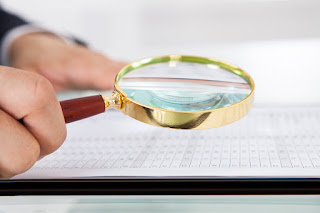 For many years now, I have been receiving students - singers, wannabe singers, public speakers, and also, clients,  who required non-surgical voice repair. They have been coming from all over the world (not to mention that sometimes I was going there myself as well) – from almost every state of the US, Europe - primarily from the UK - England, also Scotland, Germany and Belgium, and, of course, Asia – Hong Kong, Shanghai,  Thailand, India, Malaysia and Singapore, to name a few.

In previous years, those people were coming to my school because they wanted to become professional singers or public speakers and they did not necessarily require any voice repair or any extensive voice work.

They were just lacking the voice/vocal technique which would preserve their voices from damage and, therefore, would allow them to enter into a professional voice field while they were (under my care) learning how to comply with the standards of professional speaking and singing.

However, some of them were already professionals, though had acquired some problems with their voices by using them excessively and incorrectly, and therefore the Non-Surgical Voice Repair method and its unique voice/vocal technique were required to be implemented to its fullest extent.

Today, unless they have a pronounced voice/vocal problem, they will not come for the improvement of their craft, therefore, so to speak, the nature of forensic science of my vocal technique incidentally called “Vocal Science™” became really in demand.

Luckily for me and not so luckily for the people who are relying on their voices (professionally or not), it appears to be that any conventional vocal technique does not offer a release of the vocal anatomy from the pressure of the sound while, on the contrary, continuously working on the already damaged vocal anatomy and promoting more vocal problems to occur.

This is an excerpt from our latest correspondence with our potential client based in the UK:
“My most recent singing teacher bases all her teaching around thinking 'down and out' to anchor your sound.  This has developed my voice well in some areas but not in others.  Thinking of lifting the sound above my vocal cords is something I have never done before.”

Needless to say, this person experiences vocal performance limitations, as the vocal technique introduced to him, will inevitably create (to say the least) muscle tension dysphonia (MTD), as by pushing the sound down, he will constrict his neck muscles and they, in turn, will close on him and will trap his voice not only in his throat, but also in his neck. He will, no doubt, be pushing the sound of his voice even harder, trying to bring it to the surface to project his voice, and thus, he will incur even more severe damage to his vocal anatomy.

The sound is a physical material body and it travels as such, i.e., in a circular direction, relatively, respectively and prospectively to the one’s height, weight and the central line of their body.

The Vocal Science™ Method promotes the release of harmful pressure from the neck and throat muscles.
While the above-mentioned muscles become released from the sound pressure, the other (alternative) muscles will become employed - facial and abdominal muscles working in coordination, conjunction and integration with each other, which, in that case, will become safe to use and which, in turn, will assure the proper sound lift, placement and aimed delivery (sound of the voice projection) upon one’s command.

This approach will save and protect one's voice for a lifetime, as the person who studies this method, will have a detailed (forensic) understanding of the components of this wholesome mechanism. Thus, employing this revolutionary method it will also allow the person in question to speak or sing with absolute ease while, concurrently, it will make them almost automatically comply with the standards of professional voice use, be it for speaking or singing.
Professional Speaking singing lessons Vocal Science Voice Actors Voice Overs Voice Repair