Non-Surgical Voice Repair - Vocal Rest... Doctor's Recommended... How Useful and Practical is it to Benefit the Apparent Vocal Problems 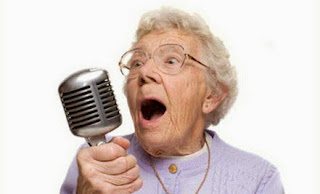 Needless to say that, on a regular basis, I have been getting phone calls and e-mails concerning  voice/vocal problems from speakers and singers. To almost all of them, the doctors had prescribed certain medications to conquer their acid reflux (needless to say that, not in every case, the above diagnosis was correct). Practically all doctors (specialists or not) prescribed to people with voice/vocal problems, a vocal rest.

In fact, in the majority of cases, it is; as after all, if you break your leg, you should not be hopping on it and running marathons. However, the patient with the broken leg (at the very least) is offered a cast, or corrective surgery first... and then the cast.

The ENT doctors evidently think that if the person would stop singing, or even speaking, the problems will correct themselves. And granted, sometimes since the pressure from the vocal box is removed due to the extensive, so called "vocal rest", the symptoms seem to be not as pronounced, at least at the beginning of the vocal journey, after the vocal rest. But there is no doubts that all of those symptoms will come back very soon... and in a full bloom.

After exercising the "vocal rest" option and finding that the same kind of voice problems still persist, what are you going to do? Would you then consider taking another "vocal rest" for the duration of the next 2-3 months?

On this note, I don't think you will prosper your career fast enough... definitely not before you turn at least 70. However, by that time, somebody probably will organize some sort of "Vocal Idol" for senior citizens (lol).

On a serious note, the vocal rest was only an illusion and a fantasy; making the person in question believe that all of the voice problems will then be conquered. In real sense, no "alterations" of anything have been done.The application of the voice had never been changed.Nothing had been treated, either non-surgically, nor surgically or otherwise... It's only a matter of time before there will be a "deja vu" effect. All of the false hopes will fail and the person in question will unfortunately have to "face the music", so to speak.

I am a person of action. If something is wrong or broken, let's fix it. Have a check with reality.

If it's broken, it's not going to get fixed by itself, as there is no real change without change.

Please address the cause and attend to it rather than allowing the doctors to feed you with wishful thinking that the voice problems will correct themselves and, moreover, will go away with the snap of a finger... or... due to believing that with the "vocal rest", you will conquer all of your problems".