What is Dysphonia, you may ask? 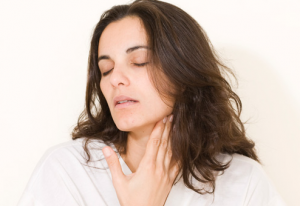 Voice disorders characterized by hoarseness, weakness or even complete loss of voice are called dysphonia.
There are a few kinds, known to man, of dysphonia... Muscle Tension Dysphonia (MTD) and two kinds of Spasmodic Dysphonia (SD).

The above-described voice disorders are quite serious (potentially dangerous) voice conditions, which possibly may be related to some underlying health conditions and therefore, those disorders have to be minded and managed with absolute seriousness.

The loss of voice is only a symptom (a printout of, so to speak, "disturbed software" containing a "virus"). The cause of it is much more complex and needs to be addressed in full detail.

Through my experience, the majority of the clients, especially non-singers, came to my studio to get help with some emotional trauma that happened to them sometime in the past and even in the distant past... Throughout my many years of professional practice, I discovered that often, such traumas revolve around unsuccessful relationships...

Due to the above-described trauma, the throat of the person could actually "close". However, some people being in denial of such symptoms, kept pushing their voice even harder, while, also, concurrently, involving the muscles of the neck and shoulders as well. In almost all cases, their thyroid had also gotten involved in the equation. It began to disfunction, got swollen and in turn, it created pressure on the vocal cords and vocal anatomy in general.

The theory of holistic teaching, (which I studied extensively as it is my second passion other than love for music), is that the thyroid represents suppressed emotions and lingering negative feelings.

Now, let's figure out, how could the person in question have a normal voice while being caught up in the full drama of the events.

One of my recent clients from Florida, U.S., prior to attending my non-surgical voice repair course here in Toronto Canada, had been diagnosed with muscle tension dysphonia. During the week she was here, she had embarked on the full-blown five-day voice repair course which was coupled with the natural herbal treatment.

Before she left, I had conducted a full interview with her, while concurrently teaching her how to say it properly with now close-to-perfect support, structure, placement and thus, much better-aimed projection of her sound.

So here it is:

Diana: You were hesitant to come here, weren’t you?

Diana: Why did you choose the Vocal Science™ Method over others?

Judy: I had faith that something good will finally come my way.
I was in despair and was definitely in desperation.
I was also able to receive more specific information than anywhere else I went to or had spoken to.

Diana: You spoke to me numerous times, what was your perception while conversing with me?

Judy: I acquired more positive feelings during our conversations and your positive feedback which gave me more confidence.

Diana: Have you spoken to any other specialists?

Judy: Neurologists, ENTs (four of them), Speech therapists (two) and a thyroid specialist.

Diana: What was their diagnosis?

Judy: Fibromyalgia, thyroid dysfunction and dysphonia.
(I was explained that my thyroid was swollen and pressing on the vocal chords which resulted in voice loss and fibromyalgia)

Diana: You arrived here five days ago and began a non-surgical voice repair course coupled with the natural herbal treatment.  Was it worth it to pay quite a bit of money for my services and other travelling expenses to come here to Toronto from Florida?

Judy: Yes it was, absolutely!

Diana: How do you describe your experience with me, and how would you describe the results you were able to achieve?

Diana: In what sense, please describe?

Judy: Upon arriving I could not speak properly and hardly at all.

Diana: What happened then?

Judy: And now I'm speaking much better and everybody is noticing it. I spoke to my mom and my daughter over the phone, and they were amazed.

Diana: I know, as your mom called me and thanked me for attending to you.

Diana: Please describe how did you arrive to such a positive and desirable outcome of your trip - to get better?

Judy: By doing special speech exercises, and by clearer understanding of what needs to be done, and not only with my voice, but also with my overall health.

Diana: Has anyone explained anything of a kind or anything that was relevant to the actual vocal damage?

Diana: Do you have a clear picture now of how to proceed from here?

Judy:Yes very much so, thanks to you.

So interviewing Judy (real name) and spending the time with her, not only during the sessions, but at least in two restaurants located in our plaza, between the sessions, I understood even more so in depth what was causing her condition.

The woman went through a lot emotionally: her own relationships, loss of business due to recession, health and other challenges.

I also interviewed her about her everyday diet and discovered that upon arrival to Canada and checking into the apartment (which I organized for her) she bought ham, cheese, mayonnaise and Sprite...!

To Judy's credit, she was extremely compliant with all of my instructions, with regards to her health, diet and, nevertheless, her voice.

Needless to say that with the condition like this, the flora and PH of her vocal anatomy had been tremendously disturbed. Therefore, the protocol is to avoid all creamy, cheesy and overall dairy products, not to mention the combination of them with protein. By the way, spicy foods are also not desirable (the comment for those who may be wondering).

The Sprite, or any other sparkling drinks containing carbonated gas, will also be a huge disturbance to the throat and vocal cords.

Judy hardly had any appetite at the beginning, until she started taking natural herbs and remedies, which I included in her Non-Surgical Voice Repair program protocol.

She followed "by the book" and on the third, fourth and fifth day of our journey, she regained a healthy appetite and mainly the understanding that in this condition, she would have to consume primarily the live foods and not the junk foods or dairy products for that matter.

She will have a long journey of cleansing her body from top to bottom. Now (like a dancer who is dancing off the hardwood floor and not on the thick carpet) the voice will be able to take off of the now clean and clear vocal cords and soar (by design) to her facial and head cavities, which, in turn, will begin to work in full conjunction and coordination with her abdominal muscles for the greater support of the sound.

Thus, the goal of voice recovery will be reached and completed. I predict that at this juncture, Judy will arrive to the absolute recovery on every level.

But what about singers, you may ask?

The issues are quite related, however for more detailed information on that, please stay tuned and I will try to shed the light on that issue as well to the best of my knowledge, experience and expertise.