Vocally Speaking Part II - Is There Change Without Change? Will the "Magic Pill" Be Enough to Solve All of Your Vocal Problems?

December 22, 2009
We get numerous phone calls and emails about people's vocal disorders and vocal problems. They are approaching my institution - which is called the Royans Professional Vocal School Specializing in Voice, Speech and Non-Surgical Voice Repair. When those people called in the past, my first assumption always was that they truly needed help and would do anything to conquer their vocal problems. And, yes, some did. But the majority, interestingly enough, with quite severe vocal disorders, were literally looking for a "magic" pill. 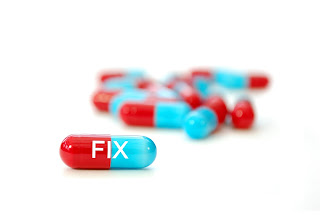 They thought that by taking any pills internally they would fix their severely broken vocal boxes, which were in the first place caused by the wrong application of their voice for singing or speaking. Let's imagine for a second that there would be such a pill in existence and it actually would fix that severe disorder, anatomically speaking. The problem is that these people are unable to understand that there is no change without change and that unless they learn how to speak or sing properly without the excessive use of their throat, larynx and vocal chords, no change will take place and they will keep running into the same problem again and again. So the moral of the story is, if it is broken, fix it - but make sure you are not continuing to employ the same means which made it broken in the first place.