“Neo” Classical Ballet…? What’s That..? Let’s Find Out… For Whatever It’s Worth! 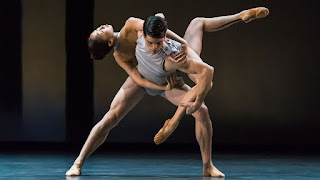 This time, my reader,  I’m not writing about singing, speech or even voice repair (those services which I advocate for almost 4 decades). This time, I’m going to express my opinion about what’s happening in the arts world – will it be music, ballet, figure skating or what have you.

This past Saturday, on October the 28th, My husband and I paid a “gazillion” amount of money to attend a Canada All-Star Ballet Gala which was held in one of Toronto’s most prestigious venues for the arts which is now called the Sony Centre (formally known as O’Keefe Center).

I, however, am a big fan of both - ballet and figure skating.

In fact, in figure skating (which also entails a lot of ballet elements), I myself have spent over a decade skating; first for the professional career and then just recreationally. My very serious education in music, and also my dedication to music, took over my (also very serious) hobbies such as ballet and figure skating.

Evidently, a lot changed ever since my childhood and so did the concept of my favourite leisure pursuits.

Let’s start with my favourite Ballet dancers – Mikhail Baryshnikov & Rudolf Nureyev. Both of them studied and graduated from Leningrad Vaganova’s highly-acclaimed School of Ballet.

At that time, the very high standards of CLASSIC BALLET were in high-gear and were embedded to every ballet dancer from an early age; and as soon as they entered such institution via a very strict selection based on true talent and specific body structure requirements.

However, here in North America, everything is about money… unfortunately.

The child (or adult, for that matter) could be over 200 pounds or so and, in a manner of speaking, with two flat (and “left”) feet; but as long as the money is paid, the rest, evidently, does not even matter… How sad and pathetic is that?

However, this is life in North America and I guess we have to except it as it comes. I though, personally, have a very hard time with it.

In fact, in my business, I have always chosen to rather lose money, but tell the truth when I was asked if a certain child or adult under my care could someday make it professionally. And if the truth of the matter was that I did not think so, the parent or the young adult were solely advised about it.

However, there is nothing wrong in doing it recreationally. In fact, one of my clients just forwarded to me a beautiful article which suggests that music (and singing in particular) could do a lot of good to a person health-wise, positive emotions-wise, confidence-wise, etc.

But let’s now return back to the professional field of dancing:

When the talent meets the right training, that’s where the world’s names, like Mikhail Baryshnikov & Rudolf Nureyev, had been scouted, “sculpted” and created.

But then, there were different times… 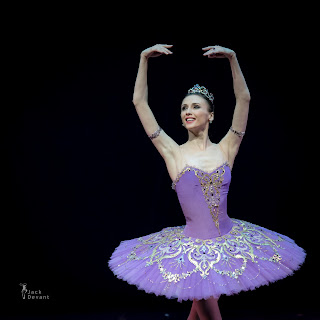 The word Classical Ballet meant grace, poise and specific standards of each and every minutest movement produced by a ballet dancer. Those talented and well-trained dancers were able to perform (with absolute excellence) in such classic ballets like Giselle, Swan Lake, Sleeping Beauty, Romeo and Juliet, The Nutcracker - those are just to name a few.

The music for the above listed ballets was written by such classic composers like Tchaikovsky, Prokofiev, Rachmaninoff, etc.

On that note, I would like to thank God that their brilliant music had not gotten changed (at least not just yet…)?

However, the classical ballet (now known as Neo classical) had unfortunately changed a lot!

In this gala, nevertheless, my husband and I came to appreciation of a mastery of every member of the cast (I believe 16 of them from the various European & North American ballet theatres). However, the dance, about 95 percent of the time, was rather a modern “parody” on a classical ballet we once knew and got accustomed to and fell in love with.

To me, it was quite disheartening and very strange watching their very high-quality performance; but the dancers themselves had been dressed up in very strange costume attire…

The “last straw” for me was where the principal dancer (Svetlana Lunkina of National Ballet, formally of Bolshoi Theater in Moscow) came out to dance a part of Swan Lake Ballet dressed in something resembling, what looked like, pyjama shorts (to put it politely…)

No traditional tutu, or feathers for that matter, were present…

At this point, I finally took a wild guess realizing that what I have witnessed was what they now call ‘Neo Classical Ballet’.

Pathetic…? INDEED!!
I wonder what’s going to be next?
Will the music (let’s say… by Tchaikovsky) be remixed into something like EDM, God forbid…?

Actually, on second thought, as pathetic as it sounds, the above actually would fit better to this so-called “Neo” interpretation of once known as classical form and genre.

Wouldn’t that actually be funny… if, nevertheless, it wasn’t so sad?

My other hobby is cars and I just saw, in two separate instances, a yellow Mercedes and an orange BMW parked near stores and restaurants. It also looked a little strange to me, as classic high-end cars like Mercedes and BMW, in my opinion, should be painted in, (so to speak) classic colours like black, white or silver. These type of cars should not look “funky” opposed to small, inexpensive, no-big-names cars.

Anyways, I guess, I have now expressed my frustration with this form of art; and now, to top it all off, my other frustration with “modern” figure skating as well (which lately reminds me of a glorified “circus on ice”).

Where are the Russian pioneer skaters, like Ludmila Belousova and Oleg Protopopov, who glided on ice like ballet dancers, using music by Tchaikovsky, Chopin, Rachmaninov…? In my opinion, that was real artistry on ice!

Today, if a skater cannot jump 3 or more triple axels or quads during the program, he or she will not be qualified for any serious competitions. Those, however, who can, very often, become severely injured; and, evidently, end up facing a lot of obstacles with their health in general… Today, it is not about arts; it is about delivering amusement at all costs & money paid for it.
For the true lovers of arts (like me) it is indeed very disappointing and, nevertheless, extremely frustrating…

However, I’m not done yet… Stay tuned for my “humble opinion” of the, nowadays, “modern” music scene… Till then, my reader… Thank you for takin the time reading the above. I would love to hear your opinion on the above mentioned matters.
Art Ballet Dancing Figure Skating talented artists