Vocal Science: Do you really think you would be able to fix your vocal problem by yourself? 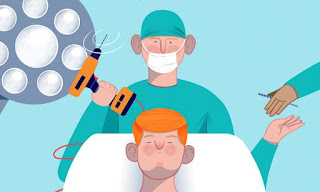 The answer is: Dealing with something serious like that cannot be self-served.

Nevertheless, one of the commercials on weight loss for men says:
“If you could do it alone, you would’ve done it already.”
- Harvey Brooker
Indeed, but some people still think that if they knew the diagnosis and somewhat (in theory) how it could be treated, they would have attempted fixing their vocal issues by themselves…
The fact is that any voice problem, by definition, is already an internal problem; and thus, has to be treated very seriously and by a qualified voice specialist. The work with a damaged voice is usually very detailed and very intense, which applies to both sides:
The injured client and the voice repair specialist.
Without the guidance of a highly qualified professional, it is virtually impossible for the sufferer to lift their voice and re-channel it into the different set of muscles altogether; and on top of that, put those muscles (facial and abdominals) to work in full conjunction and coordination with each other.
The above formula would allow the person to release their vocal anatomy from the pressure of the sound; and thus, allow the bruised throat and the vocal cords to heal.
Moreover, the person has to adapt a new way of speaking, as well as singing (where applicable). It could be very much so equivalent to the modification of a whole “blueprint” of the person in question.
Let’s say that a “dancer” was dancing for quite a few years with the feet inwards instead of outwards. Nevertheless, the dancer had gotten used to it and even felt quite comfortable with it until such time that his/her ankles and knees started to give out.
So now, we have to restructure the feet position in order to save the dancer’s joints; and, as a side effect, finally teach him/her how to dance complying with professional standards and how not to damage the structural components of their body.
In this case, (and as well as in any other case), we will, first of all, be teaching the brain to think differently and translate that thinking into the physical body (first in the slow-motion and then on an “automatic pilot”, so to speak). This methodology has similarities with what’s called Neural linguistic Programing. The above discipline advocates that, via special skill application, it could change and “replace” the certain modality of the certain behavior in one’s brain.
As you see, my reader, it sounds pretty complex.
Therefore, it never ceases to amaze me when after just an introductory session, my potential client is revealing to me that he is ready to practice by himself and quite prepared to work really hard on his own…?
I’m sorry to say, but I find that a little ridiculous (to put it mildly).
It would be the same as if the person would meet with a brain surgeon, who (granted) would explain in reasonable details what exactly the surgical procedure would entail; and then the patient (who is in need of a brain surgery) would decide that he, somehow, would be able to perform it himself, on his own, and at home…?
Sounds funny, doesn’t it?
It does indeed.
But I do hear it quite often and I hope that people are thinking that way only because of the financial strain and not out of complete ignorance.
On top of it, some of them are going to regular vocal coaches to seek help with their injured voice.
I consider the regular vocal coaches, at best, equivalent to a regular physician who knows something about (let’s say) brain surgery, but never got specialized in it. If in real sense, (God forbid) you would need brain surgery, would you want your family physician to perform it, or you would rather hire a highly qualified brain surgeon to perform it?
The above is your quiz for today.
Enjoy your food for thought!