Vocal Science - Holistic Approach (Part II): How could it help adults to open up and deal with stuffed-up emotions?

In 1984, we have opened the school, which was originally named: The Royans School for the Musical Performing Arts. Almost right from the start, we have enrolled over 100 students, consisting of children, teenagers and adults.

After my partner (the second Royan) had passed away in 1986, a year after, (in 1987), I changed the name of the school and it became well known as The Royans Professional Vocal School. And at that time, the school became primarily an adult vocal school and children became a minority. However, we always have been working with teenagers and young adults, developing their talents for the music industry at large.  Nevertheless though, working primarily with adults, provided me with a lot of experience and education concerning North American mentality.

Being an educator by trade and a very inquisitive person by nature, I have been tuning in to those adults who allowed me to get themselves under my care; and not only vocally, but holistically over all. They allowed me "in" (so to speak) and carried on with quite intimate details about themselves, their families and their relationships.

Not all of them, by far, enrolled in my program out of happiness. 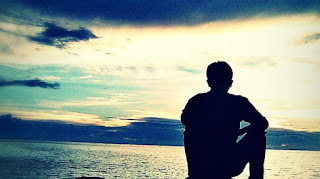 On the contrary, a lot of them possessed stuffed-up emotions sitting deeply inside of them, and also a lot of hurt and very low spirits. I always said that the voice is your “spirit” and has to be discovered, uncovered and ‘made to be flown away from the physical body’. So their vocal training had consisted of a lot of counseling on life in general and their lives in particular.

Via special speech exercises and specially selected scripts (peculiarly enough) quite related to their situation in general and even their own situation in particular, they have been able to open up their chest (in which the human beings usually hold a lot of unreleased emotions) and thus, to bring their voices (i.e., their spirits) up and out onto the surface.

With the lift of their voice off of the vocal anatomy and (so to speak) un-stucking it from within, they felt much more released, and nevertheless, much freer from whatever was bothering them in the recent and even distant past.

Once the voice is discovered and gets to be flown, the person feels that he/she had acquired “wings” in a manner of speaking. So now, we had killed two birds with one stone, so to speak.

The voice got developed in its fullest capacity; the “Genie in the bottle” got freed up and flew to the Universe where the sky is the limit; and thus, the person finally got free from all of the stuffed-up emotions and inhibitions. The confidence now is soaring, as the great knowledge and understanding took place.

So, you (my reader) should agree that, all and all, it is a WINNING combination; and, no doubt, WINNING situation on every level.