When Your Voice is Going and Gone... What Choices as an Artist Would You Make?

For greater clarity, below find your multiple-choice test:

A) To hire a whole bunch of dancers/strippers and bring so to speak a live video on stage to distract the audience from your singing completely.

B) To bring a huge choir, which has been chosen by your team via vigorous auditions, and which sings extremely well to camouflage your vocal inadequacy.

C) To hire a vocal technician who would not only save your voice but assure the safety, health and longevity of your voice for life.

If you answered C, you evidently do have an above-average IQ. Congratulations!

If you, however, managed to pass a fake performance for the real one, congratulations also! You fooled the public and they, unfortunately, took it for the real deal!

However, the times are changing and the public is becoming somewhat smarter, at least selectively...

The audience is simply disillusioned and nevertheless, "focused focused". Houdini actually would be "extremely proud" of the so-called "top" performers and singers, who are performing "magical tricks" on stage instead of singing and not any worse than him-himself.

I remember that in 1998 and in 1999, I attended Celine Dion's solo concert. She came out on stage alone, without any dancers or “Cirque du Soleil” performers, so to speak, backing her up, like she does nowadays, and did not perform any magic tricks at the same time. She simply stood there and sang "My Heart Will Go On" from the movie Titanic, "Tell Him" with Barbra Streisand's video appearance and "To Love You More" with the live virtuoso violinist standing right beside herself. And all of that was MORE than good enough. I can not forget both of those concerts, as it was a truly authentic and emotional performance by the REAL DIVA - Celine Dion.

Today, listening to Rhianna, Katy Perry, Lady Gaga and them alike, whereas half the time, I can not concentrate on what they're actually singing, as they are dancing, performing circus tricks and using stage props, which are by far superseding their vocal performance. I honestly would not know if they were good or bad, as everything that is going on on stage is extremely distractive.

However, it makes you wonder how good their singing is in a real sense if they need to bring the whole "army" and their so to speak "weapons" on stage with them?

By the law of averages and on that premise, you could assume that they definitely have something to hide...

However, if they or their management and/or record company chose option C and all of them would put some effort into research in order to find a true Vocal Technician (the one who is capable) to perfect their artists’ vocal technique to a “T”.

In that case, their artists would not actually be dying “10,000 deaths” on stage, like Adele and other artists like her...

As a known fact, very often those artists have been standing on stage in fear that they might not even be able to complete their vocal performance without ruining their voice to the point of no return….

Nevertheless, they simply have no direction or even an idea of how to power their voice in such a way that it would never be in jeopardy, but on the contrary, their voice would work in the fullest capacity possible and, at the same time, with no pain or strain on their vocal anatomy.

Isn’t that the name of the game….?

On that premise, they would also be able to empower their voice to perform upon their design and nonetheless (simply speaking), their command….

What price would those singers pay if they knew that it was possible?

As far as I'm concerned, I don't think you can put a price tag on something like that, when you rely on your voice at all given times and when your voice represents your livelihood.

Not putting the effort forward to actually find that Vocal Technician, now their management teams are “paying the price”, in a manner of speaking. They're losing millions upon millions of Dollars, Pounds, Euros... as their artist(s) can not perform live anymore and not even the $40 Million Dollar Stage (like the one that had been built for the band U2), “Cirque du Soleil” or the "army" of strippers could save them. 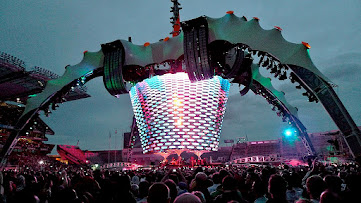 However, some of them are still not even having a clue. They commanded their artists, like Adele with her hemorrhaging polyp on her vocal cords, and Keith Urban with also the polyp on his vocal cord, to embark on the laser or knife vocal operation. Wonderful! Now, what...?
Now, there could be complications like the scar tissue (Julie Andrews' case), or, however, in the best scenario the operation could be somewhat successful. Regardless, nothing really, per se, has changed. The vocal cords though, got clearer for the time being and will remain to be, but only for a short while.

But what brought those artists to those diagnoses in the first place?

The wrong application of their voices, lack of knowledge and, in a pure and simple sense, absolute ignorance on their part and on their team's part.

I don't think any figure skating coach would ask their trainee to jump a triple axel without him or her knowing how to skate. I also don't think that a dancer without at least 10 years of vigorous training would be expected to do a Fouetté.

And yet, the singer, primarily without any training or instilled technique for that matter, is expected to do vocal escapades and, so to speak, "vocabatics" and also expected not to hurt him or herself in the process. Go figure... and... Good luck.

So, as a conclusion, there should be no surprise that every second so-called singer is in danger of the nasty laser or knife operation with the threat of never being able to sing again or with the threat of the same conditions recurring again shortly after the nasty intervention into their vocal anatomy had been performed.