Cancelled Tours and Rescheduled Shows... Is there a way to prevent that from happening... Let's Find Out?

Lately, we are witnessing a lot of shows interrupted and tour cancellations from well-known artists.

Sadly, artists, during their performances, actually cannot complete the act they are performing or even often feel that they would have to stop their tour altogether...

Let's look at the recent developments:

The Weeknd, after the first song he performed in California in a big arena of 70,000 people, lost his voice and, thus, discontinued the rest of his performance. 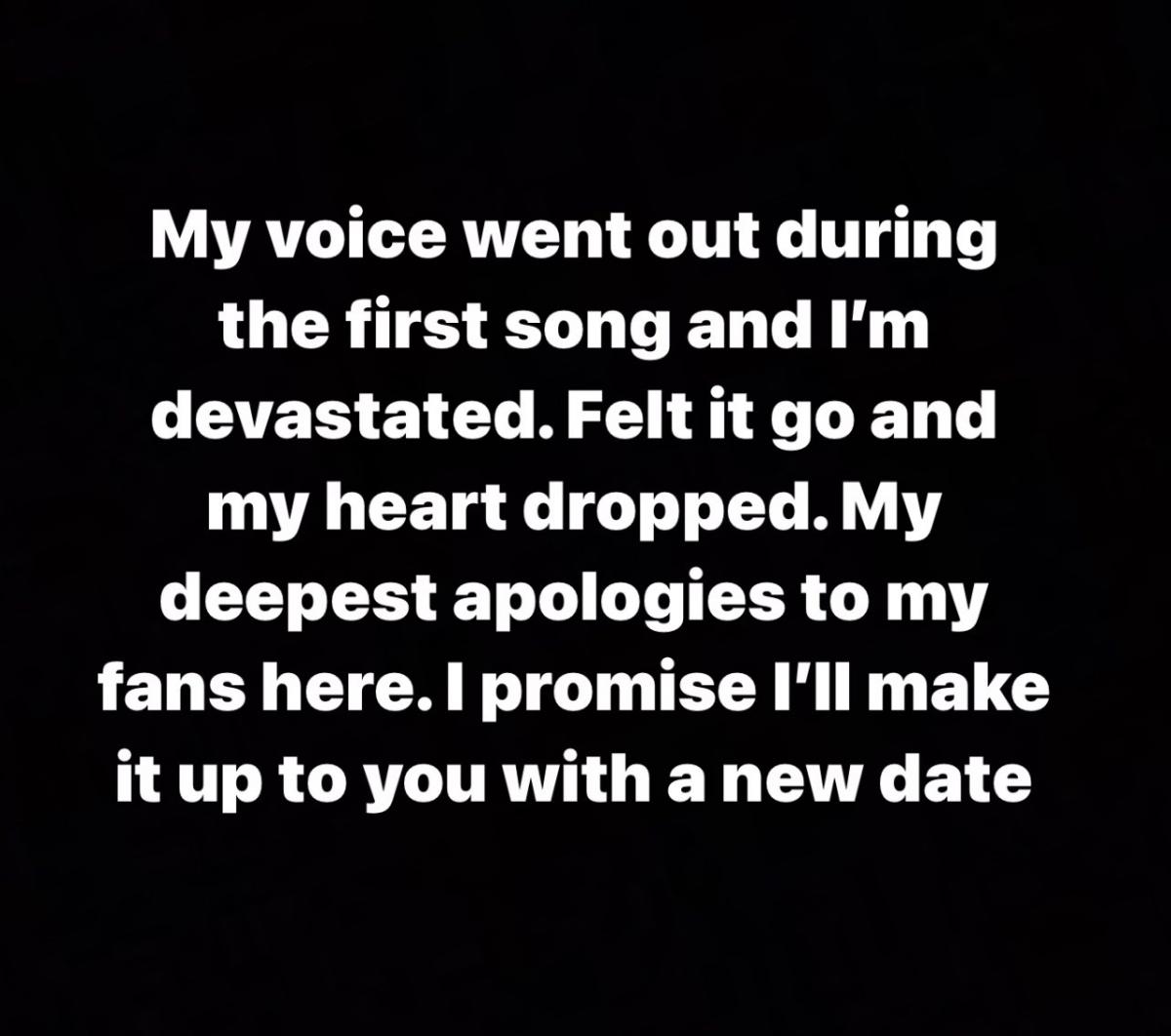 What we found out was that after the incident, he was actually given a clean bill of vocal health, whereas the ENT Doctor cleared him for all of the rest of the performances in the near future.

We certainly would hope so if we did not know any better.

However, it is not that simple, as it had happened not because of any problems with the vocal anatomy (at least not just yet), but with problems of not a proper application of the singing voice - most likely driven by not properly embedded/adequate enough vocal technique.

If these very important described above variables are not going to be addressed sooner rather than later, future voice problems, unfortunately, still may prevail.

Regardless, we wish The Weeknd all the best and hope that he will be able to resume his tour starting in Toronto and begin and end it, nonetheless, with flying colours!

Now about, a very well-known to you young artist,  Justin Bieber:

We all know that he acquired Ramsey-Hunt Syndrome which, by definition causes facial paralysis.

We all were happy when we heard that he resumed his world tour, presuming that he is much better and thus, will be able to handle it.

To our astonishment, we found out a few days ago that he cancelled the remaining tour dates, the majority of which were still ahead. 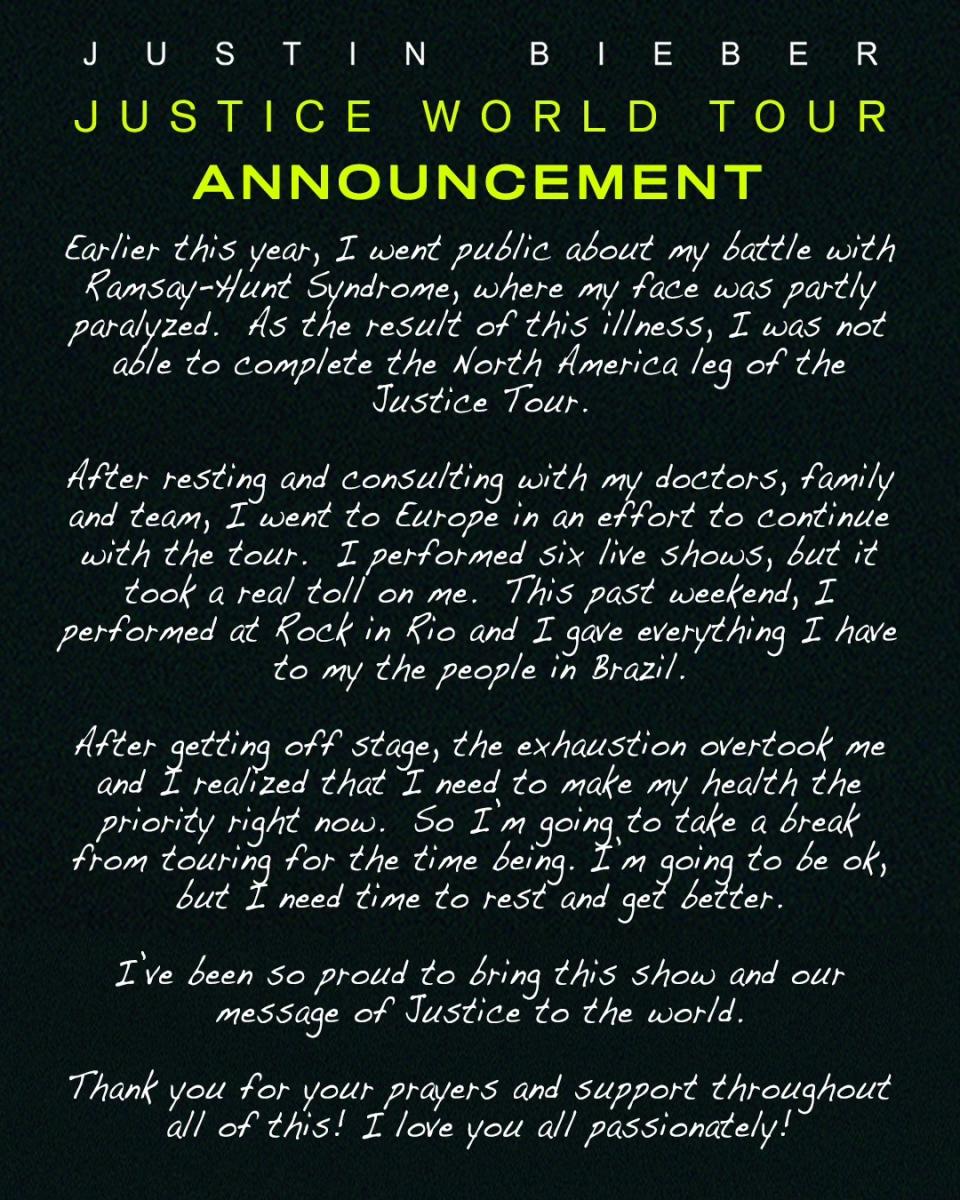 He said that he exited the stage feeling completely exhausted.

And then at that moment, he realized that he would have to take care of his health first and then become stronger and on point, by the time when he would be ready to resume his shows, concerts and tours.

We wish Justin all the best in doing all of the above!

He too cancelled his upcoming tour due to mental and physical exhaustion saying that he had to take care of his wellbeing first, before resuming any shows or tours.

Please see below his quotes:

“I had to postpone the past few weeks of the shows since I wasn’t totally prepared for the toll that being back on the road would take on me.

But the reality was that I haven’t been at all ready for how difficult touring would be after this time away during the Pandemic.”

“After speaking with my team and health professionals, I realized that I needed to take some time off to heal and take care of myself and my mental health, first and foremost.

As soon as there are more updates, I will let you know. 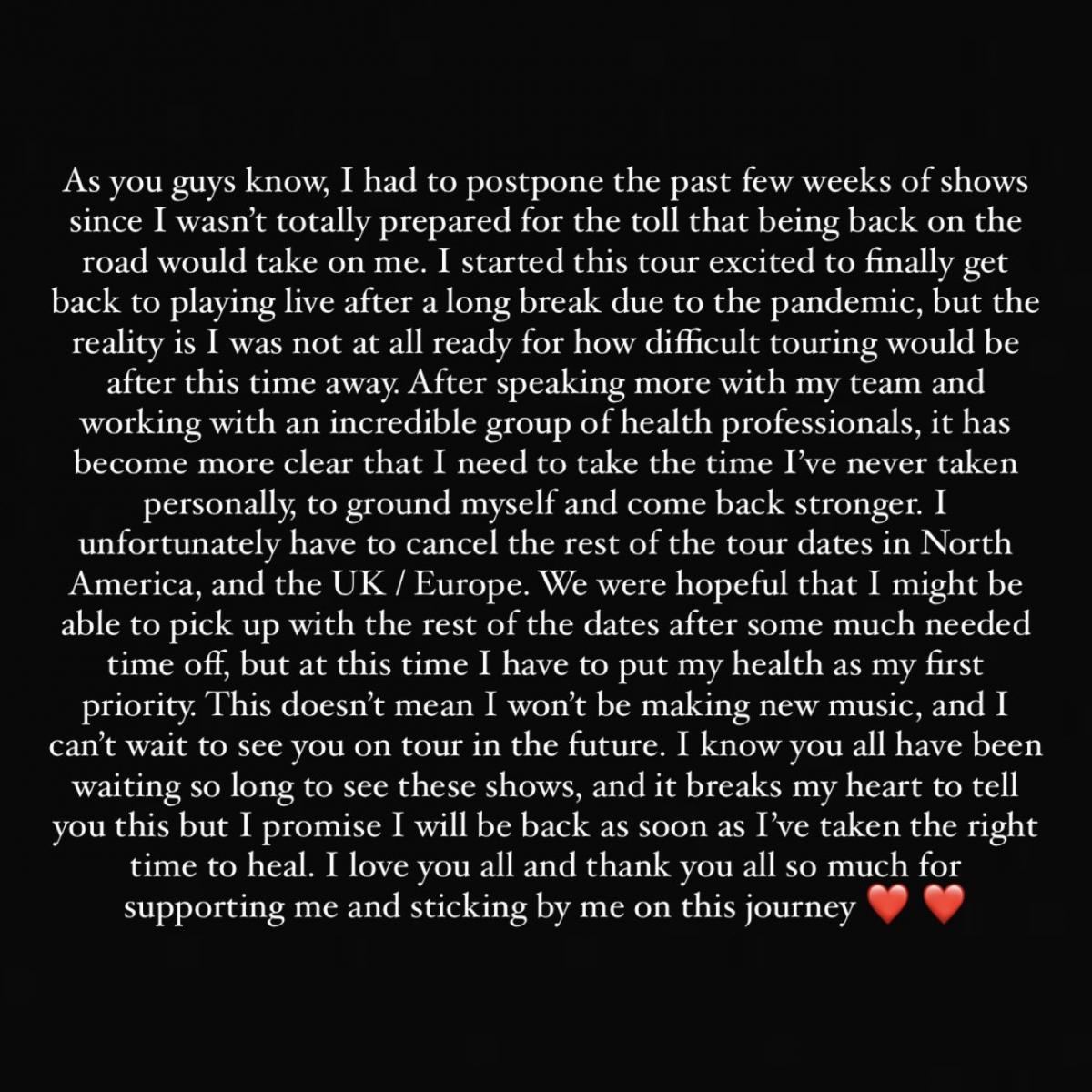 And that is to mention just a few...

There is also the legendary Celion Dion (in fact, one of my favourite singers), who is, unfortunately, very often cancelling her performances also mainly due to her voice problems.

Another Canadian artist, Shania Twain, who, sadly, had numerous vocal operations on her vocal cords (even including an operation on the open throat), was also 'out of commission' for quite a few years.
Initially, it was announced that she was suffering from Muscle Tension Dysphonia (MTD).
This vocal disorder very often is emotionally induced, but nonetheless, it can be caused by wear and tear of the vocal anatomy, due to its misuse and overuse.

However, and in general, if the adequate voice/vocal technique would be in place, most likely, none of the above described (about all of the artists), would not be happening to anyone.

And lastly, the tragic death of a once very prominent singer, Whitney Houston.
Due to emotional distress and substance abuse, the singer lost her once very beautiful voice and was unable to ever recover it.
Even though she was trying to do so with all available sources and resources... But unfortunately, it was still to no avail...
Eventually, and nonetheless, sadly, she just gave up her hope...

"Houston, a Newark native, died on the eve of the Grammy Awards at the Beverly Hilton Hotel, where she was preparing to attend a pre-Grammy party.  Later that night (and after the party) her performance was scheduled for the actual event." - CBS New York

Evidently, she took her own life.
How tragic is this?
Tragic indeed!

Calling all the singers...
I would like personally to ask you to remember that your voice is a fragile 'instrument' and if you do not take proper care of it, one day, without any notice, it may snap on you (God forbid).
It is not a threat, it is a reality, which I deal with day in and day out for many years now.

My Motto is: "Safety First!"

However, the properly "designed" and implemented vocal technique will negate the above saying.
If the latter is in place, then it will become very unlikely that any vocal injuries could actually occur.
If this technique will become your FIRST NATURE, you will not need to worry much about anything (like the constant concerns about the preservation of your voice) for many years ahead.
However, you will always have to be on guard about the specific application of not only your singing voice, but also of your speaking voice...

I have witnessed many times that: North American people (singers or not) do have a habit of lazy speech.
At times, they are mumbling to the point where nobody would hardly understand a word that they are saying.
However, one point which I agree with the Speech Therapists about is that in their common opinion the majority of singers' voice troubles begin from the improper and, nevertheless, inadequate manner of speech!