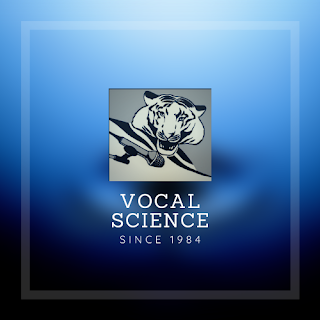 "Diana, God downloaded into you his gift"

Let’s analyze; What does the Vocal Science™ method actually consist of, you, my reader may be wondering…?

It does consist of a natural, holistic and completely alternative approach not only to the voice mechanics, but also to a person as a whole.

First a little bit about the conventional methods:

There are vocal coaches for singers, there are speech therapists and speech pathologists for those who have some kind of voice disorder or voice issues and/or vocal problems. What do they really offer…? To tell you the truth, it is pretty hard to define.

Vocal coaches are trying to teach their singing clients some strange (to put it mildly) exercises, which is remotely reminiscent of actual singing. Those coaches do all kinds of lip trills, as well as some strange sounding vowels and consonants... I can assure you, my reader, that those useless exercises have nothing to do with anybody becoming a singer. The real process to become one is actually quite complex and, nonetheless, it has to make sense.

An actual song consists of certain combinations of sounds duration and pitch (i.e. intervals). There are also only certain situations where those combinations described above may and will exist.

Once the person of interest identifies these combinations and begins to exercise them in variable situations, they will, in the final analysis, achieve the “ownership” of their voice.

The above is only a small part of the equation, as there is a lot more involved to complete the puzzle of many pieces…

When they spot a problem in their speaking voice or want to learn how to speak properly and professionally, they, in desperation, run to speech therapists or speech pathologists.  They hope to find an answer as to how to fix their speech problem(s) and/or become a better speaker.

Little did they know… Those therapists are using basically the same exercises as the majority of the vocal coaches.

Evidently, those strange sounds they are producing are not leading anybody to achieve the connection between the sounds, as only the actual integration and synergy between them will lead to a completion of their singing journey.

There is a certain mechanism that needs to be “instilled” in one’s brain, physical body, and, nevertheless, in their vocal anatomy - which is responsible for the final sound production.

There are a lot more components that need to be accessed in order to make “that mechanism” thrive. It is also about the alignment between the subconscious mind and the conscious mind along with their physical body in order to be able to account for the voice as an outcome and as a final “print-out”.

All of that requires an assessment and evaluation of one’s “instrument”. Once we know what it consists of, we will be able to “delete” the “wrong software” from their “human computer.”

With that said, once the certain behaviour and some particular habits are so to speak “deleted”, the new Vocal Science™ “software” will be “instilled” in their given “computer”.

But that is not all… We need to teach the person of interest which “button to press” for that desirable outcome/“print-out” they are looking for (first with my help and then on their own.) Once the instilled mechanism begins to work flawlessly the mission will become accomplished.

So my reader, as you  can see, the above is definitely “not for the faint-of-heart,”(Toronto Star) and, I added, “definitely not for people with a below-average IQ.”