Time and Time Again, Medical Doctors And Speech Therapists Had Failed The Patient With The Muscle Tension Dysphonia Diagnosis!

The story is about “old” Maggie Y - now the “new” Ariel Y. Maggie Y came to us about a year ago to fix her breaking and crackling voice due to Muscle Tension Dysphonia (MTD) voice disorder. Maggie told us her story and explained the reason why she thinks it happened to her.

With her permission, we would share her story with you:

Maggie originally came to Canada with her parents from China and, of course, being a young girl, she had experienced all the trials and tribulations of the immigration process. Needless to say, that her parents were also extremely stressed going through the process of relocating to Canada. Nonetheless, with all that, while their marriage was already compromised even before the immigration, during the process, it became much more so on the rocks.

When Maggie turned 16 (she is now 24 years old ) the family situation became much worse, especially while she was attending high school. The parents were fighting every day and Maggie, in order to stop their screaming at each other, was screaming and yelling back at them day-in and day-out, while obviously feeling extremely upset and frustrated.

Due to all of that happening, she began feeling tightness in her throat and in her neck. She felt a lump in her throat and her voice was failing her while she was trying to speak. Maggie finally went to the ENT specialist(s) who diagnosed her with muscle tension dysphonia (MTD). She was referred to speech therapists as well as speech pathologists, but to no avail. Obviously, at that time, nobody was able to help her; and nevertheless, her confidence was failing her as well.

Eight years later, after a lot of searching for help on the net, she approached our establishment and began to work with me. It was not an easy road for either of us, but we conquered the problem - and today, Maggie speaks completely normally. Her confidence soared exponentially and in more ways than one… Overall, at that time, I became not only her mentor, but her friend and consultant on many other issues she has been going through for all these years till now.

A couple of months ago, she told me that since her life changed immensely, she wants to adopt a new name. Now in her new, more elaborate Government job she recently acquired, instead of using her old name “Maggie”, she introduced herself as Ariel. She is feeling that her life (due to the change in her voice and thus in her spirit) took a turn for the better. Therefore, she decided to get away from her old life which was associated with her “old” name Maggie. She is a “new” Ariel now and we are very proud of her…

In February of 2019,  she was participating in my birthday party coupled with the 35th anniversary of my school, which was founded on February the 15th, 1984. Ariel was truly blossoming looks-wise, voice-wise and in every other aspect… Please read below what she has addressed to me in her greeting card: 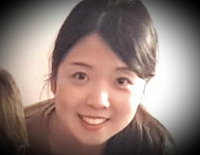 "It is an honour to be able to celebrate your birthday and the anniversary of Vocal Science with you!
I cannot wait to continue sharing many more experiences with you. You are an absolute blessing, miracle and divine gift to this world. So thank you for all that you do!"

Also,  to my knowledge, she is now back on the dating scene. In our correspondence today, I said to her that I am visualizing her wedding shower party and that I believe that the man of her dreams (her prince) is yet to come and is already around the corner. 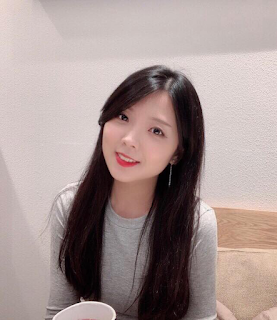