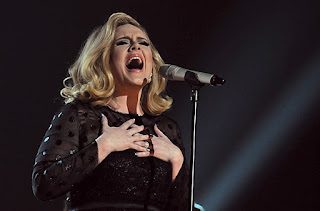 Can any voice/vocal disorder be treated non-surgically?

Conversely..., can any voice/vocal disorder be treated surgically?

To kick things off, let's find out the answer(s) for the above!


A few months ago, this article (mentioned in the link) was brought to my attention by two of my clients.

For the last 34 years, I have owned an international professional vocal school in Toronto, Canada. My vocal school is a division of a non-surgical voice repair institute

The Vocal Science™ method, which I originated, is a vocal revolution that consists of a very unique and holistic approach to voice mechanics and the person as a whole. It has been taught and delivered to thousands of students and voice repair clients since 1984 when The Royans Professional Vocal School was founded; and shortly after became a part of The Royans Institute for Non-Surgical Voice Repair. The Vocal Science™ method was officially trademarked with the Government of Canada in 2002.

Both women in the article who are talking about voice repair without surgery are, for the most part, saying the same thing what I have been saying for almost three and a half decades.

They also stated that: “For more than a decade, they have been pushing for a revolution in the way that almost every modern performer has been taught to use their voice. After years of painstaking research in musical archives, early scientific journals and the classroom, Brilla and Paglin say they can deliver what medical science has failed to: a permanent fix for vocal burnout.”

One of those women’s main ‘claim to fame’ is that they suggest that any vocal disorder can be treated without surgery.

In my opinion, it is absolutely not true and cannot be true.

For example, Adele herself had a very complicated, bleeding polyp when she lost her voice the first time. It required a very high-risk medical intervention—a ‘vocal cord microsurgery’.

I would state that it could’ve been prevented with the proper application of speaking and singing techniques. However, with the lack thereof, undergoing such surgery, in Adele’s case, was an absolute must.

Since the previously mentioned surgery for Adele had to take place, certain post-surgical care should have been immediately administered via, first and foremost, specially designed and advocated speech and singing exercises which, in turn, would be directly applicable to Adele’s style of singing. The latter would have been very instrumental and, no doubt, would have played a major role in her voice/vocal recovery. Furthermore, if Adele had acquired the aforementioned proper technique, the second vocal injury, which recently occurred, would have never taken place.

On the contrary, vocal disorders like acid reflux, muscle tension dysphonia, or spasmodic dysphonia should not be addressed surgically. However, recently, spasmodic dysphonia patients have been offered some surgical interventions… Nevertheless, the outcomes of those suggested vocal operations are definitely not very desirable ones.

Nevertheless, in my opinion, those aforementioned voice/vocal issues should be treated non-surgically and, most importantly, holistically—i.e., via certain voice/vocal technique coupled with herbal and, when needed, some homeopathic remedies as well.

I hope that my feedback can shed some more light to readers on surgical and non-surgical voice repair matters.