Calling all singers! What is the ‘biometric data’ of your voice and how to optimize it?

For every singer, the question should be: "Do I possess the distinct tone and the uniqueness of the sound overall?"

It is easier said than done.

Majority of people could carry a tune, but not too many could sing, I mean, really sing.

First of all, the person who likes to call him/herself a singer should possess a proper vocal technique, which will allow the singer a freedom to vocalize to their hearts content. They should be able to do it with absolute ease and pleasure, and not to have hardship while trying to deliver their message to their audience. If they don’t know how to work smart, so to speak, and not hard, they also could ruin their voice in the process. And if that happens, their artistic tendencies would not count for anything.

Just like in figure skating, the artistic merit is very important, as well as looks, costumes and presence on the ice. But if the skater lands 3 out of 4 jump combinations flat on the ice, the former will not count, and vice versa. So obviously, both technical and artistic merits should be very strong. 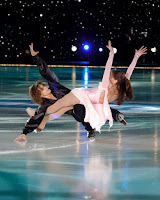 Similarly in singing, the person might have a strong and powerful voice. That person could even have some knowledge of vocal technique, but his tone is not pleasant, and his passion is not there, so he sounds, quite often, very harsh, loud and robotic. There is nothing unique about that singer and he does not possess any identification of his persona. So his ‘biometric data’ is pretty shut down and obviously not thriving.

If that singer performs at the bar, he will find that within the first few minutes, he has “lost” his audience. People are not listening, talking loud, eating and drinking and not paying attention to what’s happening on stage.

On the contrary, when there is an artist singing in a bar or in a concert hall, projecting the right power and dynamics, knowledge, intelligence and proper vocal technique, the audience are captured by the singer and stop talking and stop eating….and stop drinking.

Interestingly enough, many years ago, I was invited to do a presentation/workshop about the Vocal Science ™ technique in one of downtown Toronto’s venues. The pretty respectable bar was holding some kind of a music related event and I was invited to tell and show to the up and coming artists what the Vocal Science method is all about and how to apply it to the actual singing.

The first 15-20 minutes, I thought, were very successful, as the audience was silent and completely taken by me. Then somebody tapped me on the shoulder and asked me to finish my presentation in a short order. I was extremely surprised, as the audience obviously loved it and wanted more. But then, I realized that I was producing an ‘opposite effect’ for the venue:

I “took away” their customers, as almost everybody stopped talking, stopped eating, and mainly… stopped drinking. LOL.
\
Obviously, I realized later, and after the fact, that the whole Idea for that bar was to invite as many drinking musicians as the capacity would allow.

Go figure! In any other occasion, it would be considered as a desirable outcome, and so it should be!
So if your biometrics are intact, your vocal technique is impeccable and your passion and desire is present, you will be remembered as, in this instance, your tone will be unique and your sound will be distinct.

Achieving all of the above, consider your entire being (voice included, nevertheless) fully optimized!