Please Have Patience For A Complete Vocal Recovery!!! 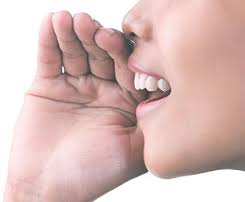 Over the years I have dealt with many vocal disorders and injuries, be it possessed by ordinary people with speech problems or by amateur or professional singers. Almost all have had one thing in common, the absolute lack of patience with respect to their voice restoration and vocal recovery.  The minute they felt better about their voice and in general, they were ready “to run marathons”, so to speak.

Those with the speaking voice, who have not heard their normal voice for some time, could literally not stop speaking (fast and loud) the minute they regained their voice. No matter how much and how long I have been persuading them not to start speaking too soon, too much, and too loud at all, none of them had listened.

The minute they came back home, they called all their friends and relatives and some of them even created coming home parties; and once again, some returned to yelling and screaming at their children and their spouses, which in the first place, by doing so is what brought them to the voice strain and voice loss.

Needless to say, that some singers, even during the voice restoration process, also were experiencing frustration from time to time, as right after the voice repair was complete, they still were not exactly “jumping the triple axles” right away. It is boggling my mind, as those otherwise sensible adults do not appreciate the process which requires some time to gradually go back to the same and definitely much higher grounds!

Now, my point of view:

I personally like to watch television shows concerning hospitals and medical care. One of the episodes from the TV show “Saving Hope” I just watched, where the car racer was admitted in the emergency room, with very brutal injuries.  His feet were, literally, separated from his legs, his arms were broken, and in general, he was in very bad shape.

The minute he regained consciousness, after at least a twelve-hour surgery, where the doctors were literally putting him back together, the very first thing he asked when he opened his eyes was, “Doctor, when will I be able to race again?”

It’s understandable, but how realistic is this?

The other case from the same show profiled a woman in her mid-thirties, who was a racehorse jockey.  She had a very bad leg injury which also required at least six months of healing and rehab, thereafter. She was begging the orthopedic doctor to do some kind of surgery that will speed up her recovery and put her right back on a horse. The doctor explained to her that there was one experimental option that would put her back on her feet much faster, but if unsuccessful, it may leave her paralyzed from the waist down.

What do you think she had chosen?
Take a wild guess – the experimental surgery, nonetheless.

Unfortunately, the outcome was very tragic, and she, indeed, was left paralyzed.

The question is, is it worth it to go to extreme measures in hopes of a fast recovery or, maybe, just maybe, the person should have the understanding that, whichever injury took place is neither a joke nor is it a quick fix. But rather, on the contrary, it requires absolute patience, understanding, willingness and lovingness to go through the process to completely fix whatever had been broken, and needless to say, the injured person should approach the rehabilitation with absolute caution and safety, in mind.

I’d like to note that the voice/vocal injuries are not any different, and in fact, maybe even more difficult to attend to, as the voice is a deeply hidden “internal instrument…” if you will.

So treat your "precious instrument" with care and caution and try not to damage it again right after it got fixed.
At that time, it has to become apparent that the "player" (you) should know how to extract the maximum capacity of your, given to you by God, instrument, but with no pain or strain on your very, indeed, fragile vocal anatomy... in this case!

- We Developed It!
- We Implemented It!
- You Will Benefit From It a Great Deal!

That is our promise!!
For a great experience of our innovation of your voice restoration and enhancement of your voice...
Contact Us!