"Unlock" Your Voice... And Take Away the "Golden Key" to Your Vocal Performance Success!! 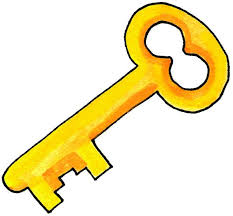 One of my former students, who, for some time, has been in the development of becoming a well-known artist, reconnected with me recently. This time, she ended up being signed with a major label and also having her personal/artistic manager whereas unlike before, when she was only a young girl who was just starting out when she first came to me.

Introducing me to her team, the manager and songwriter, she kept repeating over and over, "Diana had unlocked my voice. I want her to do it again."

Out of curiosity, both of her crew members had asked her what she meant by that.

She said, "My voice felt before like it was locked in my throat and in my neck muscles and once I took a course with Diana, it started to soar..."

Of course, now eight years have passed and the voice evidently needed some tune-up, so to speak.

Lots of shows were performed, and lots of different producers were giving their comments on my student's vocals. However, the majority of times, they were not even qualified, per se, to do so...?

Given all of that, and by the looks of things, my now professional recording artist "misplaced her key" to her vocal success, so to speak...

Naturally, her voice got somewhat out of shape and got a little worn out over the years, it dropped a level below the proper placement and thus, got somewhat "locked" again in her throat, her neck and even her chest muscles.

Her voice now needed a significant "lift" to set it free and it also needed to start working in full synchronicity with the other vocal-related anatomy. With that said, all of the above implemented, in turn, also released the harmful pressure of the sound on the vocal anatomy in general.

At this point, all the facial muscles and the abdominal muscles have to be re-trained and rehabilitated, not to mention, newly toned and, nevertheless, tuned.

Also, all the related muscle cavities have to be redeveloped, just like a bodybuilder who would need to create the body cavities so that the muscles would have room to come in and accommodate themselves.

Needless to say, to do the above, bodybuilders employ heavy weight-lifting for many hours on an everyday basis.
In my case working with a potential artist, I always make sure that I instill in them the voice lift, voice strengthening, facial cavity development and upper and lower abdominal muscles strengthening, as well as developing the upper back muscles support.
In other words, I ingrain the wholesome vocal mechanism which does allow one's voice to work in the fullest capacity possible with no pain or strain on the vocal anatomy.

All of these components belong to the above-mentioned "mechanism", whereas, while employed correctly, will give the singer a smooth, powerful and, most importantly, a completely safe vocal ride.

In this instance, the "wrong muscles" will be "locked away" and left behind, in a manner of speaking, while the new (relevant) muscles will actually operate with twice the strength.

The knowledge and understanding of how the human voice works with absolute efficiency while the wholesome vocal mechanism is instilled, will reward the artist with, in a manner of speaking, the "golden key" which would open all the doors to their vocal performance success!

Just like in Canadian or American Idol TV Shows, the special performer gets rewarded with what they call the GOLDEN BUZZER! 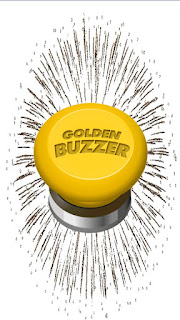