Showing posts from December, 2012
Show all

December 29, 2012
One of my former students, who is, as we speak, becoming a well known artist, reconnected with me recently and this time, being signed with a label and having a manager and not like before, being a young girl who was just starting out when she came to me first. Introducing me to her team, the manager and songwriter, she kept repeating over and over, "Diana had unlocked my voice. I want her to do it again." Out of curiosity, both of her crew members had asked her what she meant by that. She said, "My voice felt before like it was locked in my throat and in my neck muscles and once I took a course with Diana, it started to soar..." Of course, now eight years have passed and the voice needs a little tune up. Lots of shows were performed, lots of different producers were giving their comments on the vocals, while in the majority of times, not even being qualified, and of course, quite a few YouTube videos were produced over numerous recorded tracks. Given al
Post a Comment
Read more 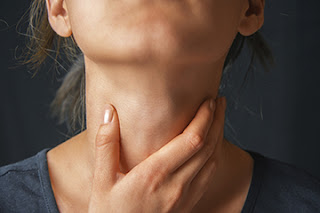 Nowadays, my practice consists of at least 85-90% of Non-Surgical voice repair clients. It is unfortunate, but it is a fact. One of the reasons is that people, overall, are getting to be not as healthy as they used to be. Our earth is deeply polluted and respectively, the food we eat and the air we breathe is also very toxic. A lot of voice disorder cases I am receiving are being effected environmentally, and then of course, a lot of them have been misusing their voices while speaking and, or, singing. But, first and foremost, the problem with the majority of cases begins with their inner health inadequacy. Also, a lot of those people are very intense, loud and extremely emotional. Right away, speaking loudly and forcefully, they are putting their vocal chords, and the whole vocal box in general, in great distress. They are straining their vocal chords and twisting their larynx on a consistent, everyday basis. Their posture is usually not intact as we
Post a Comment
Read more
More posts