Case Study: What is the difference between a real singer and a showman?


Approximately a month ago, I received a student from the US who has been a professional singer all his life, but for the past while, he had begun experiencing some vocal problems; like a loss of high range, a raspy/hoarse voice and a collection of excess mucus in the throat, coupled with minor acid reflux.

He was experiencing fatigue with his voice and could no longer sing for prolonged periods of time.

That made my client very insecure and resulted in him refusing and cancelling upcoming gigs.

He originally arrived to me, per-registered for 20 hours of non-surgical voice repair sessions, but ended up taking 30 hours to learn the new vocal technique and to lose the bad habits adopted for the last 40 years being on stage.

The voice repair was actually complete within 10 (maximum of 15) hours; the rest of the sessions were dedicated to mastering the actual singing performance.

It was not easy, as I told him, jokingly, even before we started, that it is not easy to teach the old dog new tricks. And no, it was not easy, but in the end, it was very rewarding on both ends.

Please read from (his own words), how he felt right after he arrived home:

“ My 2 gigs right after I got home went great.

I also mentioned before I left that I had a song to sing for a producer in France that I was looking forward to trying out the new technique -- it worked great-- I had just one day to do the lead and harmonies-- there were a lot of harmonies-- so I was singing pretty hard for a little over 7 hours.

Next day I felt fine -- tired physically, but that goes along with being old :) Everything worked and it really helped cement some things -- the circles and peripheral singing -- that's been a real hard one to get, but it's making sense now and I know with implementation and practice it will become second nature.

The way I was able to make it make sense to my mind was to say "keep your eyes on the road" -- which of course, is what you were saying -- you used the GPS analogy, but I'm more old school :)”

Now, a month later, we have received another e-mail from the same client, who now has had the opportunity to test out the Vocal Science technique, combined with his performance skills (and my expertise on that matter), even further. 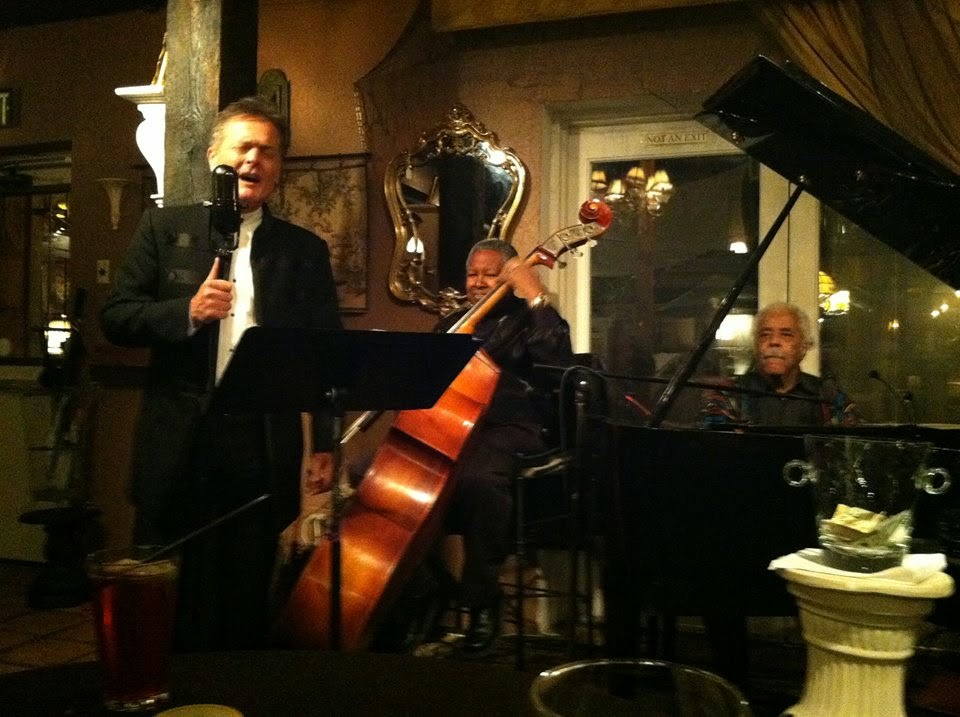 “The gigs this past week went great-- one major thing that I'm noticing is in what you stressed about keeping our eyes on the (singing) road. It's starting to come more naturally now and when it does, the audience reaction and connection is deeper and better in relation to how clearly I see the road (in fact, one of the gigs was a solo gig and I made way more tips than I have there in the past -- do I owe you a commission for that? :)

We know that as artists, singers and just as people, that we want and have to connect with the audience to allow the cycle to happen-- yes, of course, we have to talk to them and relate that way, but the deep meaningful connection happens on its own if we just connect with the song-- that's what the audience feels -- it's the difference between singing at them or to them.

If we're constantly monitoring what we sound like and what we look like, where is there room for the song?--that ability and opportunity for a deep connection goes right by us and we've missed our chance. As you like to say, go figure.

I know this is very simplistic, but whether it's sports, singing, or cooking etc. it's the basics that are often the most overlooked and the most important. As always, thank you :) ”

I think that the above is very profound. And Bob has been an incredible person and a very diligent and dedicated student; taking instructions with gratitude and adapting the newly learned skills right into his craft.

We know about some singers who are so, ‘me, myself and I... and my voice’, that cannot connect with the audience, as they have been listening to themselves and “enjoying” their own voice instead of singing it for the audience.

The others have another extreme.

Their singing is not up to par and some of them are literally losing their voices right on stage and during their performances. However, the majority of them have good showmanship, which often they pass to cover-up their inadequacies in the actual singing field.

I would call them the ‘Entertainers’ and not Singers.

However, the ideal combination of two would create the ultimate performance, as the technical and artistic merits would be in perfect harmony, (no pun intended).